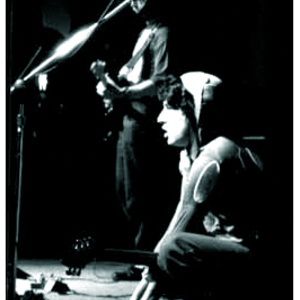 Yume Bitsu (meaning "dream beats" in Japanese), is a psychedelic rock band. Most of the band members live along the Pacific Coast in California and Oregon. Vocalist/guitarist Adam Forkner is active as White Rainbow and is also part of Surface of Eceon, a supergroup that also features members of Landing, an ambient, psychedelic rock unit and has moonlighted as a guitarist for Devendra Banhart and Jackie-O Motherfucker. According to Forkner, the band's name is pronounced "YOU may BEET suu."

According to Forkner, the band's name is pronounced "YOU may BEET suu."

Their debut Giant Surface Music Falling to Earth Like Jewels From the Sky was self released in 1998 and was re-released by BaBaBing! Records in 1999. Their second album was self titled and was released in 1999 by BaDaBing! Their third album, Auspicious Winds was released by K Records in 2000. Their forth, and at this point latest album Golden Vessyl of Sound was released in 2002 by K Records. There is also the split 12inch EP with Andrew Reiger of Elf Power in 2002 on Planaria Records and 2003's Wabi Morning, a 12 inch one-sided EP with an etching on the back. A CDR release of some live shows from 2002 (originally available as the 4th side of the vinyl version of 2002's Golden Vessyl of Sound) was released by States Rights Records in 2002 but has since sold out.

The Golden Vessyl Of Sound

Giant Surface Music Falling To Earth Like Jewels From The Sky