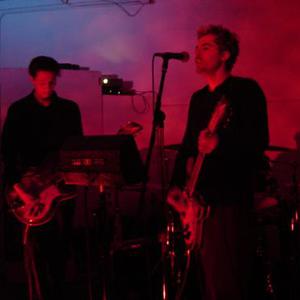 Bethany Curve is a shoegaze band from Santa Cruz, California. The band was formed in 1994, just as the first generation British shoegaze bands such as Slowdive, My Bloody Valentine, Lush began to dissolve and disappear, Bethany Curve was one of many American post-shoegazers to take its influences into a new darker element. Their trademark sound, best experienced live, is equally as bass laden as it is it filled with haunting echoes of spacey delay.

Singer and Guitarist Richard Millang's song structures are written like story lines that contain many different haunting verses and deep choruses surrounded by bridges that never repeat. Even today Bethany Curve is continuing their trademark motto of

Bethany Curve is still very active, currently working on their 7th full-length record as of 2011 called Murder. The band derived it's name from a short street called Bethany Curve near the cliffs of the Monterey Bay in Santa Cruz. Richard Millang originally disliked it because it sounded similar to bands like Catherine Wheel.

You Brought Us Here