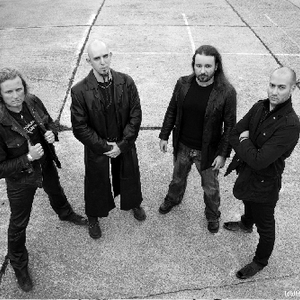 Sinbreed (formerly Neoshine) is the result of a project which had its origin in the midst of the nineties. At that time, the young guitarist Flo Krause studied a Metallica Songbook and worked through every song of it with his guitar-teacher. ?And Justice For all?? opened the eyes of the former 13 year old ? the energy of that record became the major push of motivation for him, both for the instrument and also to develop himself musically.

Now sensitive for that kind of music, he took first his father's records. He quickly became excited for Scorpions' ?Blackout?, Black Sabbath's ?Dehumanizer?, and in the end he found the record which determined his future musical direction from that point on: Judas Priest's ?Painkiller?. In 2006, Flo described in an interview the importance of that record for him like this: ?When I am once again deeply disappointed by a new monthly release I put on Painkiller ? the world was still okay back in 1990.?