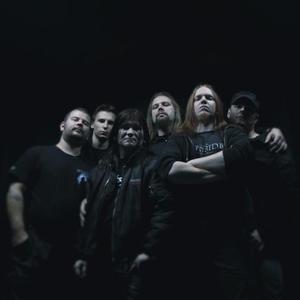 It all began in 1999, from an idea by Rami Ker?nen of a band called Dreamtale. Thoughts turned into reality in the end of that year and the first songs of Dreamtale were captured on tape. This recording would later be known as ?Shadow of the Frozen Sun.? The second demo-recording or, as a matter of fact, several dozens of them ended up in a Japanese record shop DiskHeaven, and through them Dreamtale got the attention of local metalheads.

The second demo-recording or, as a matter of fact, several dozens of them ended up in a Japanese record shop DiskHeaven, and through them Dreamtale got the attention of local metalheads. The excitement that followed resulted in several foreign record labels offering various kinds of recording deals. The biggest independent label in Japan contacted Spinefarm in the Autumn of 2001 and informed them of their willing to license Dreamtale's album in Japan. And after people in Finland followed suit with Japan, Dreamtale and Spinefarm signed a contract in December 2001.

In 2002, the band's debut Beyond Reality was released. Vocals were sung by Rami Ker?nen, Sanna Natunen and also the man known from bands like Nightwish & Tarot ? Marco Hietala.

Next year, 2003, saw the Publishing of Ocean's Heart. On this album the vocalist was Tomi Viiltola, but unfortunately the band and Tomi parted ways due to a problematic 400km distance. Ocean's Heart-album also features the singing talent of Rainer Nyg?rd from Diablo.

After that, in 2004, the band took a break, concentrating on writing new material and recording the third album.

In 2005, Difference appeared. The Japanese bonus track ?Powerplay? was released as a single, which immediately went number 9 on the official single chart in Finland. On this album the vocals were sung by Jarkko Ahola, who is no stranger to Finnish metal fans.

Now we are in the dawn of a new age, the 4th album "Phoenix", released in Europe through Motley Ltd., in Japan/Thailand/Korea through Marquee / Avalon and in Russia through Fono Ltd. New members bring New Life, yet holding on to the Memories of Time, because they are not Yesterday's News! ?The Tale' is moving onwards, spreading its wings and rising high in the heavy-metal heavens.