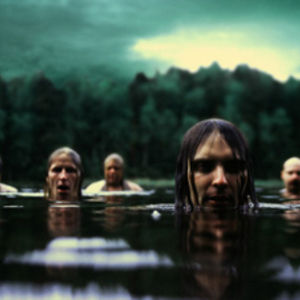 From the band website, http://www.twilight-guardians.com: "This is to let you all know that after 29.8. 2008 Twilight Guardians exists no more as a band. It?s also the date of our final show in our hometown of Salo. There are absolutely no personal conflicts involved and we remain the best friends hopefully the rest of our days.....So what happened? We just lost the enthusiasm and sincere joy for our thing.

"This is to let you all know that after 29.8. 2008 Twilight Guardians exists no more as a band. It?s also the date of our final show in our hometown of Salo. There are absolutely no personal conflicts involved and we remain the best friends hopefully the rest of our days.....So what happened?

We just lost the enthusiasm and sincere joy for our thing. We have been playing as Twilight Guardians for over 10 years now and lately it hasn?t been that fun anymore. So we talked about these feelings during the spring and decided it is better to quit than it is to pretend. You all deserve us to be honest. For sure it has been a rocky road for Twilight Guardians in music business and since the day one we have been struggling with record labels, managers, booking agents, etc. etc........but that?s only business. No hard feelings. Music is what counts. Everyone of us will keep on playing and making music, that?s for sure. Wait and see!


We want to thank our fans and supporters from the bottom of our hearts for all these years! For you we allways gave our best and you all made it worth the effort. Heads up high!! We also wan?t to bow for our crew for their guts and patience and the hilarious moments on the road. Gracias Amigos!

We made four great albums, played sold out shows and got friends from all over the globe...And we had a blast all along the way!!!

Twilight Guardians was a power metal outfit formed 1996 in Finland. The first songs were born, Angel Without Wings and Night Of The Black Swan. The bands' line-up has changed a few times, with different bass players and a vocalist. Now Twilight Guardians is a solid team, ready to take their place in the worlds metal scene!

The band made few "home studio" demos at -97. Feedback was suprisingly positive and as a result of this, Twilight Guardians desided to record their mini-cd "Land Of The Kings".

LOTK was an immediate success! The band got fan mail throught the world, and then it was time to make a deal with a proper record company, which now is ANGULAR-RECORDS, Germany.

After the release of Tales of the Brave, T-G has done numerous shows in Finland and has been composing new songs for the forth-coming album "Wasteland". Also a lot of interwiews has been done to numerous different magazines and radio stations. TOTB has sold quite fairly around the world and the reputation of the band has grown steadily.

In the year 2002 winter-spring, T-G started their studiowork. Alongside with the hard recording process, the band had to find time to make a music video and perform some live concerts as well.

The new songs you will hopefully hear very soon, follows the same main lines as heard on TOTB album, but with a more spacy feeling.

This year T-G will again be performing on a biggest metal
festival in Finland, "Nummirock", with bands like; Amorphis, Sonata Arctica, etc.

Their fourth album, Ghost Reborn, was released in Nov 2007.

Tale Of The Brave

Land Of The Kings