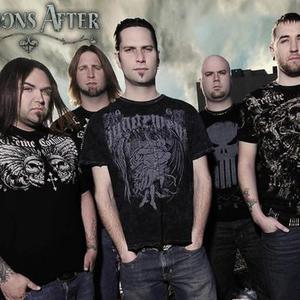 Seasons After is a five piece rock/metal band from the Air Capital of Wichita, KS that was formed in late 2006. Their sound, blending guitar and vocal harmonies, has been classified by some as nu metal with old school roots. Seasons After readily agrees with this, claiming influences such as Iron Maiden, Tesla, Faith No More, and Sevendust to name a few. In just two short years, Seasons After has been fortunate to perform on The Vans Warped Tour, Taste of Chaos tour...

In just two short years, Seasons After has been fortunate to perform on The Vans Warped Tour, Taste of Chaos tour, tour extensively throughout the Midwest region, and self-release a full length album, ?Through Tomorrow,? that has sold units worldwide! Their fan base continues to grow exponentially as they continue to tour throughout the Midwest region with plans for a full nationwide tour coming in 2009.
"Through Tomorrow" embarks audiences on a journey through life's toils and snares, at times lifting the listener up with lyrics like, "Stand for something now, don't fall for anything" and then sends listeners crashing back down to a somber reality like told in the lyrics of "The Worst Parts". In all, "Through Tomorrow" is a feast of crunchy guitar riffs and heavy bass and drum patterns blended with harmonic vocals. The result is a reflective of their combined influences.
Tracks from the album have been played on numerous internet radio stations, as well as Sirius satellite radio, and various college, independent, and commercial stations within the continental US. Please see www.seasonsafter.com for full list of stations and to request our music.