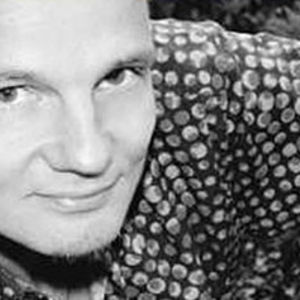 Sax-, Flute- and Bansuri- player Praful is a native German who chose Amsterdam as his home base in the late 80's. Over the last 2 decades he has immersed himself in Jazz, Dance, TripHop, Latin and West African Music and especially in the musical cultures of Brazil and India. He has recorded and shared the stage with numerous artists and bands: Project 2000, Bayuba Cante, Soci?t? ? tous les Couleurs, Dave Koz, Gerardo Rosales, ElectroC?co, Lilian Vieira (Zuco103), Jonathan Butler...

In 2001 he signed his first solo artist deal with Therapy Records and released the album 'One Day Deep', produced by him together with Adani & Wolf. Launched in the USA on Dave Koz's label Rendezvous Entertainment from LA, Praful was embraced as "Jazz Debut artist of the year 2003" (The Wave, LA) and "The breath of fresh air in America's Contemporary Jazz". The album stayed on the US American Billboard chart for 70 weeks, scored a #1 radio hit with the first US single 'SIGH' and sold more than 100.000 copies worldwide. Developing further his warm and original crossover between Jazz, Electronica and WorldMusic, Praful released 'Pyramid in your Backyard' in 2005.

Fluent in 7 languages, Praful is a true world citizen who loves and seeks the (musical) meeting and communion with humans from all colors, cultures and religions. His albums are released in North America, Europe and Asia and Praful has performed with his band as well as other projects all over Europe, in the USA, Canada, Brazil, Mexico, Ecuador, Malaysia and Indonesia.

Being personal and global, natural and urban at the same time, Praful's music explores the most diverse styles and moods: from Jazz to Dance, from India to Brazil, from deep silence to exploding fireworks. Praful is a gifted multi-instrumentalist, composer, producer and charismatic performer from Amsterdam who, with his velvet sax sound and funky flute, is capable of both raising the roof and touching people's hearts and souls. His music is "fresh, yet traditional, inventive with sophisticated charm and appeal. It also rocks!" (a fan)

Following the success of 'One Day Deep', his latest album 'Pyramid in Your Backyard' was made with the same team as the last one: producers Adani & Wolf and Studio De Boot (floating somewhere in Amsterdam), and also released by Therapy Records.

He did not attempt to make a 'Two Days Deep'. This new album sounds richer and warmer. The red thread is still Praful's velvet, funky and instinctive sax and flute playing as well as the compositions and unique sound of the producers trio. Danceable tunes are again combined with chill tracks, more radio friendly tunes intercepted by stretched?-out experimental parts with electronic edge. The trio kept exploring deeper and spent 5 months in the studio. 'PiYB' turned out more up-tempo than its predecessor. Percussionist and band member Afra Mussawisade was given an important role from the beginning. Where 'One Day Deep' drifted more on drum grooves and loops, this time percussion instruments from India, Brazil, Cuba, Turkey and Africa (Morocco, Senegal) form the rhythmic foundation. It is a true melting pot: 4 singers - Sandhya Sanjana, Katia Moraes, Sudha and Praful, singing in English, Portuguese and Hindi, take you on a beautiful ride around planet earth.

Praful "...manages to come up with an even more consistent and versatile album, strengthened by excellent writing and a band of flawless musicians. His distinctive and luxurious 2-genre (jazz meets electronica) sound is elevated to new heights and Praful delivers a collection of songs that will astound both fans and critics." (Monte LaRue)

Praful was born on January 1st, 1964 in D?sseldorf, Germany. Starting on electronic organ at the age of 7, he switched to saxophone at age 18. He made his first serious ensemble experiences playing in the 'AKO High School BigBand' and the 'Main Squeeze BigBand' in his home town Bonn - together with the now renown trumpet player Till Br?nner. Besides being devoted to music he also passionately practiced the martial art Judo all through his childhood, attaining the 5th Kyu and fighting in national championships.

Before choosing the path of the musician (or music choosing him?), he traveled around the world for close to a year, searching to broaden his horizon. In '87 he moved to Holland to study Jazz sax and flute at the Amsterdam School of Arts (Conservatory) with Ferdinand Povel, Friderike Darius and Rob Madna. Experiments with Jazz Fusion during those years led to his first band 'Good Move', with performances mainly in Holland and Germany.

He attained his degree in '92, and, confronted with burnout and personal problems, he went in search for inner peace and his own lost voice. He spent 6 months in India in the Ashram of the enlightened teacher Osho, followed by 6 months in Brazil. Back in Amsterdam in '93, full of confidence and new inspiration, he started working with in Holland operating Latin, Brazilian, African and Indian musicians and groups and artists such as Treme Terra, Nippy Noya, Saoco and Gerardo Rosales as well as with his own project 'Praful & Alchemy'.

From '97 on he was drawn to newer developments in music: trip hop, dance and drum&bass. He played with the experimental dance formation 'Project 2000', which in '99 won the prestigious Dutch Heineken Cross Over Music Award. The band released an album and two singles with Universal/Polydor and opened the doors for Praful to a different audience: Dance and Pop festivals.

"If the earth were a passion fruit and you could squeeze juice from it, this juice would be called Bayuba Cante." ~Dunya Festival (...from '97 until '02 he was working as reed player and composer with 'Bayuba Cante', an international group mixing Afro Cuban Santeria roots with flamenco, rumba, Indian music, funk and jazz.) Two albums for the German label Network and tours through Holland, Belgium, Canada, Germany and Cuba were the result of this collaboration.
During those years he also started studying the Bansuri (Indian bamboo flute) with Indian Master Hariprasad Chaurasia, and he slowly integrated the instrument into his own music and returned regularly to both Brazil and India. In 'Project 2000' Praful met the stunning Senegalese singer Mola Sylla, with whom he now plays in a new world project called 'Societ?-tous les couleurs', together with guitarist Frankie Douglas and percussionist Serigne Gueye. In '04 the group released a live album.

Over the years Praful has collaborated and performed with a number of renown DJs, such as Roog, Michel de Hey, Maestro, Lucien Foort, Olav Basoski and Bart Thimbles.

Another loose project Praful is involved with currently is 'Jazzjuice', led by 'ElectroCoco' producers Alain Eskinasi and DJ Graham B. At first the duo just pepped up and remodeled old Blue Note and other jazz tracks and invited guest musicians such as Praful to improvise over them, but by now the group is producing their own tracks ?with first singles and underground successes in London.

Praful also enjoys performing as a duo with producer Maneesh de Moor - the two of them play mainly at spiritual gatherings and festivals around the world.

A long partnership connects Praful with Deva Premal, a singer who recorded Praful's compositions of ancient Buddhist Mantras on her albums 'Love is Space', 'Embrace' and 'Dakshina', the latter one also being produced by Praful. Her albums have been leading the American and European New Age Charts for years.

In '99 Praful had his first independent solo release, 'Touched by Love'. A simple album with soft liquid music, intended to be used for bodywork/massage sessions and to create a relaxing vibe. 3 tracks of this album were used for the independent Hollywood movie 'Cages'.

The international success of his second album 'One Day Deep' made Praful a household name for Chill, Jazz, Dance and Crossover fans. The album was conceived, composed, produced and recorded by Praful together with the producer duo Adani & Wolf, assisted by guest musicians Afra Mussawisade (percussion, Iran/Germany), Ted de Jong (tabla, Holland), Adrian Elissen (Spanish guitar, Malta), Jos? Lopretti (bass, Uruguay) and Brazilian singer Lilian Vieira. Released in '01 in the Benelux by the Amsterdam-based label Therapy Records, at first the word spread through release of all 11 songs on dozens of compilations worldwide.

In '03 the album was finally released in North America by Rendezvous Music/N-Coded. The first US Jazz radio single 'SIGH' reached #1, stayed on the charts for 5 months and launched Praful and his band onto the American live scene. 'One Day Deep' became a Best Selling Billboard Album and reached Top 10 on the Billboard Contemporary Jazz Chart, #11 on the Billboard Electronic Chart (Dance) and Top 10 of the CMJ College Chart. Such a widespread success between these different worlds was seen as a rare phenomenon.

Its music has been described as "...sexy, like a mysteriously beautiful person walking down the street, true, untainted beauty that could never be replicated ... the freeform sound of life." (Neil Bufkin, KTXT, TX). "San Francisco has just been hit by another Earthquake ?and he goes by the name of Praful." (Steve Williams from KKSF/San Francisco)

In '04 the album was released in Germany, Switzerland and Austria by Blue Flame.

Mirror Of The Heart

Pyramid In Your Backyard