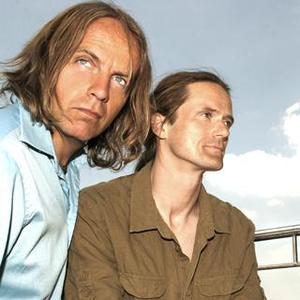 Mo' Horizons are the producers, musicians and DJ's Ralf Droesemeyer and Mark 'Foh' Wetzler. Their first album, Come Touch the Sun, which features Mo's first two 12"s 'Yes Baby Yes (Sally Said) and Foto Viva, melts together influences ranging from the soulful fifties, sixties & funky seventies straight to the nineties. Integrating modern production techniques and a handful of talented live-musicians and vocalists they create a sound that varies in mood and style but is still homogenous and therefore can easily be identified as Mo' Horizons.

Ralf Droesemeyer and Mark Foh Wetzler hailing from downtown Hannover. Ralf is well renowned for his past work, which amongst others include Cunnie Williams and Randy Crawford. The other half of this dynamic duo is the ultra-active record collector & PC-musician Foh.

In the course of wanting to add a new dimension to their dj-sets and a wider musical range, Ralf and Foh experimented and produced music of their own and from this the idea of Mo'Horizons was born.

The first 2 singles to be released were 'Yes Baby Yes' & 'Foto Viva'. Both are instant nu'club classics, ... followed by their further releases ...
their singles saw a string of remixes from Nicola Conte, Swag, Skeewiff, Bobby Hughes, Only Child, Fort Knox Five, DJ-Day and many more ...

Within a short time Mo'Horizons had shot into the modern dance & listening music scene. Their diverse repertoire of sounds are also used for background music in TV documentries to innovative radio stations who played virtually every track from the albums. Diverse tracks also found their way onto tv - advertising for Ikea, Viva, Renault, Kia Motors, Surf On, D/VHS Video, some entertainment shows in America, Italy and many more ...
The songs by Mo'Horizons are appearing on more than 500 compilations worldwide. This is the fact why many people don't know that they already know Mo'Horizons musik ;-)

1999 their first album 'Come Touch The Sun' saw the light of day and set itself as an innovative standard for clubs, radios and dj's alike. The album created styles, set moods and broke boundaries and tore down all musical barricades - the floodgates had been opened.

2001 the second album 'Remember Tomorrow' dawned on the world. Pushing the boundaries further and still holding to their musical horizons, Ralf and Foh so endear to. A fusion of Brazil, Latin, Jazz, Soul, Afro, Funk and Soul, integrated with the sound from the 50's to the 90's and under the participation of live - musicans from a wide ranging of multicultural origin. 'Remember Tomorrow' was the perfect follow up...

2002 saw Mo'Horizons appearing for the first time as a full live - band. they travelled around the world and played shows in Italy, Greece, Spain, Austria, Switzerland, South America, Australia and others...all the time collecting new sounds and new ideas...

2003 the 3rd album 'The New Bohemian Freedom' was released. Mo'Horizons are breaking further new ground and pushing the boundaries even further in the name of musical and artistic freedom. The first single 'Gonna Be' also hails first Mo'Horizons video. New styles, new sounds, new feelings - the new bohemian freedom is kind of being part of the Mo'Horizons.

2005 Mo'Horizons released their first long awaited compilation "Some More Horizons", featuring unknown tracks by well known artists and well known songs by unkown artists from the 50's to 70's, mixed with some exlusive music of their own.

2006 they released ?StereoDeluxe 150? a compilation mixed & re-edited by Mo'Horizons. ... the last work on their good ol? stereo deluxe label
they performed remixes for : Fort Knox Five, DJ Mustafa from Brazil, The JuJu Orchestra.
... but mainly MoHorizons are working for their own record label Agogo Records featuring the new groundbreaking project The Juju Orchestra and of course, themselves.

2007 out on june, the new CD ?Sunshine Today?
? and of course, they are still touring as a dj - team and with their soundsystem featuring a various couple of guest musicans, to where the sun is calling them.

And The Banana Soundsystem