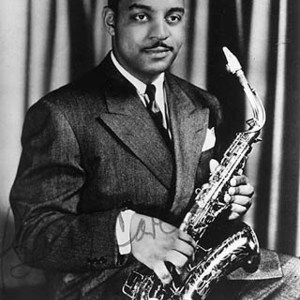 Bennett Lester Carter (August 8, 1907 ? July 12, 2003) was an American jazz alto saxophonist, trumpeter, composer, arranger, and bandleader. He was a major figure in jazz from the 1930s to the 1990s, and was recognised as such by other jazz musicians who called him King. As a youth, Carter lived in Harlem around the corner from Bubber Miley who was Duke Ellington's star trumpeter. Carter was inspired by Miley and bought a trumpet, but when he found he couldn't play like Miley he traded the trumpet in for a saxophone.

As a youth, Carter lived in Harlem around the corner from Bubber Miley who was Duke Ellington's star trumpeter. Carter was inspired by Miley and bought a trumpet, but when he found he couldn't play like Miley he traded the trumpet in for a saxophone.

Carter began playing professionally at 15. He first recorded in 1928 and formed his first big band the following year. He played with Fletcher Henderson in 1930 and 1931, then briefly led McKinney's Cotton Pickers before returning to lead his own band in 1932. The few recordings his band made between 1933 and 1934 are considered by most jazz scholars to be milestones in early swing arranging. They were sophisticated and very complex arrangements, and a number of them became swing standards which were performed by other bands ("Blue Lou" is a great example of this.) He also arranged for Henderson and Duke Ellington during these years and wrote two hits, "Blues in My Heart" and "When Lights are Low." By the early 1930s he and Johnny Hodges were considered the leading alto players of the day. Carter also quickly became a leading trumpet soloist, having rediscovered the instrument. He recorded extensively on trumpet in the 1930s. Also, in 1933, Carter took part in an amazing series of sessions that featured the British band leader Spike Hughes, who came to New York specifically to organize a series of recordings featuring the best Black musicians available. These 14 sides were only issued in England at that time, though they are available on CD and worthwhile looking for. (The musicians were mainly made up from member of Carter's band and from Luis Russell's.)

In 1935 he moved to Europe, where he became staff arranger for the British Broadcasting Corporation dance orchestra and made several records. He returned to the United States in 1938 and led a big band and sextet before moving to Los Angeles in 1943 to write for movie studios. Carter continued writing and performing into his 90s. He arranged for Louis Armstrong, Ray Charles, Ella Fitzgerald, Peggy Lee, and Sarah Vaughan, among many others.

His biggest hit was "Cow Cow Boogie", a song he co-wrote with Don Raye and Gene DePaul, which was a hit for Ella Mae Morse in 1942.

In the 1940s and 1950s, Carter was one of the first black men to compose music for films. He was an inspiration and a mentor for Quincy Jones when Jones began writing for television and films in the 1960s. Also in the 1940s, Carter's successful legal battles in order to obtain housing in then-exclusive neighborhoods in the Los Angeles area made him a pioneer in an entirely different area.

He also appears uncredited in the 1952 film, The Snows of Kilimanjaro, as a sax player.

Carter was admired for his ability to write saxophone solis, which are sections of music that the entire section plays as one unit in the manner of a solo.

Carter was a member of the music advisory panel of the National Endowment for the Arts. He was also a member of the Black Film Makers' Hall of Fame and in 1980 received the Golden Score award of the American Society of Music Arrangers. Carter was also a Kennedy Center Honoree in 1996 and received honorary doctorates from Princeton, Harvard, Rutgers, and the New England Conservatory.

He died, aged 95, at Cedars-Sinai Medical Center, Los Angeles of what is thought to have been bronchitis.

Best Of The Best (Remastered)