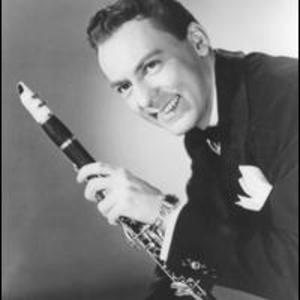 Woodrow Charles Herman (May 16, 1913 ? October 29, 1987), better known as Woody Herman, was an American jazz clarinetist, alto and soprano saxophonist, singer, and Big band leader. During his lifetime, he led some of the most exciting big bands of the twentieth century. His bands changed styles and approaches to jazz but still managed to keep their musical integrity. Herman was born in Milwaukee, Wisconsin.

Herman was born in Milwaukee, Wisconsin. As a child he worked as a singer in vaudeville, then became a professional saxophone player at age 15. When Isham Jones's band, of which Herman had been a member, broke up in 1936, he formed his own band, the Woody Herman Orchestra, with some of his band mates. This band became known for its orchestrations of the blues and was sometimes billed as "The Band That Plays The Blues".

This popular swing band took off and was listed number three in the country in a popularity poll by Down Beat Magazine in 1940. This band recorded for the Decca label. The band was first pinned "Herman's Herd" in a Martin band instrument advertisement in the same magazine on April 1, 1941.

Herman was forced to disband the orchestra in 1946 at the height of its success, his only financially successful band, to spend more time with his wife and family. During this time, he and his family had just moved into the former Hollywood home of Humphrey Bogart and Lauren Bacall. Another reason Herman may have disbanded was his wife Charlotte's growing problems with alcoholism and pill addiction. In 1947 Herman organized the Second Herd and in 1948 moved to the Capitol label. This band featured a cooler sound, provided by such musicians as Stan Getz, Zoot Sims, Serge Chaloff, Al Cohn, Gene Ammons, Lou Levy, Oscar Pettiford, Terry Gibbs, Shelly Manne, and Herbie Steward. Among this band's hits were "Early Autumn," "The Goof and I," and "Four Brothers". This band was also known as the Four Brothers band.

Herman's many later bands included the Third Herd and the New Thundering Herd. He was known for hiring the best young musicians and using their arrangements. His band's book consequently came to be heavily influenced by rock and roll.

By the 1970s, Herman had returned to straight forward jazz, dropping some of the newer, even rock-oriented approaches. A highlight of the nineteen seventies was the appearance of the Woody Herman orchestra with Frank Sinatra at Madison Square Garden for his "Main Event" television special and "Main Event" recording for Reprise records.

He continued to perform into the 1980s, chiefly to pay back taxes caused by an incompetent manager in the 1960s. When his health began to fail, he delegated most of his duties to leader of the reed section, Frank Tiberi, before his death in 1987. Tiberi leads the band in performances to this day.

After the death of Herman, Charles Mingus, and other jazz greats, ASCAP created a retirement fund in 1991 to which artists were given the opportunity to fund their latter years when they no longer were recording artists.

Blowin' Up A Storm (With The Herd)