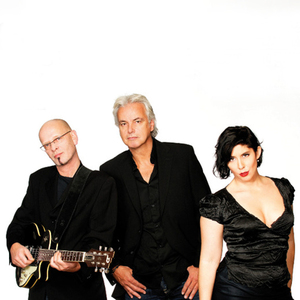 Gare du Nord is a dutch-belgian jazz duo, originally consisting of Doc (Ferdinand Lanc?e) and Inca (Barend Fransen). Doc played guitar and Inca plays saxophone, while both perform vocals. As of 2011 the band Gare du Nord is now separated from the project Gare du Nord. The band will perform on stage without Ferdi or Barend. Gare du Nord kicked off early 2001 when producers Doc (Lancee, Ferdi) & Inca (Fransen, Barend) were asked by a French promotor to deliver the soundtrack for a fashion & lifestyle event in Brussels labeled Excellence.

Gare du Nord kicked off early 2001 when producers Doc (Lancee, Ferdi) & Inca (Fransen, Barend) were asked by a French promotor to deliver the soundtrack for a fashion & lifestyle event in Brussels labeled Excellence. Instead of going just for moody sounds and lounge atmospheres the twosome decided to go beyond synths and beats and composed a songcycle to express their contemporary interpretation of traditional delta blues. Excellence became Excellounge, excellounge became lounge and that kept Western Europe busy for quite a while. The debut album (in search of) Excellounge featured the hit single Pablo's Blues, dominated by the dobro rif of Lancee and the voice of legend Robert Johnson. The album was released world wide with special editions in Canada, Australia and Russia and was certified gold. Follow up Kind Of Cool was built around the title track, a grooving jazzy blues track in the Miles Davis mode. That track and another key track of the album, Sold My Soul, found it's way to American tv series and movies. The album was certified gold upon re-release in 2009. After a Russian Tour in the slipstream of the second album the third Gare du Nord album, Club Gare du Nord, hit the streets by the end of 2005. Featuring trumpeter Erik Truffaz the album captured the now typical non-traditional sound scape structure that became the Gare du Nord sound. Although the album was released to high critical acclaim and generated a hit single (the Steely Dan-tribute Go Back, Jack) sales were only modest. Nevertheless, Club is a precious pearl in the catalogue not in the least because of its key track We Still Grow that would become a highlight of the live shows in later years.

2006-2010
In the fall of 2006 Fransen & Lancee wrote a song for a US- biopic in the making based upon the life and times of soullegend Marvin Gaye. The song, Marvin & Miles, was sung by singer Dorona Alberti. The Marvin link triggered the two and a second song, You're My Medicine, was written for the movie. Medicine featured the original Marvin Gaye vocal track from the classic track Sexual Healing, recorded in 1982 in Belgium. A third song, Somethin' In My Mouth, again with Alberti, was written by means of a soundtrack to the bestselling book Stout by Heleen van Royen and Marlies Dekkers. Dekkers, then already a famous Dutch lingery designer was asked to design the iconic cover for the new Gare du Nord-album, to be titled Sex ?n' Jazz. The album also featured the song Ride On, sung by British singer Paul Carrack.

Sex ?n Jazz was a smash; the Top Ten-album spent a stunning 100 weeks in the Dutch album charts and was certified multi platinum. New York based jazz label offered Gare du Nord a record deal for a new album and for two mix albums. The 2009 album Love For Lunch was certified platinum and both the mix albums, Jazz In The City (2007) and Let's Have A Ball

(2010) mixing Blue Note tracks from the likes of Donald Byrd, Andrew Hill and Bobby Hutcherson were certified gold. A round up of the first ten years of Gare du Nord was presented on the compilation album Greatest Hits, released by the end of 2010.

The year 2011 marks a new perspective. A more intimate, direct approach of producing and songs that cross borders in the direction of white soul, ska and even a little touch of country. The lyrics of the new songs reflect the great feelings and little mysteries of (Dorona Alberti's) pregnancy as a metaphor for new life. Lilywhite Soul is a new episode in the ever changing moods of Gare du Nord.

Jazz In The City