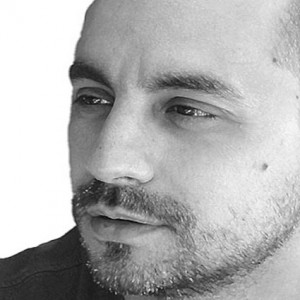 With 8 albums released, tracks on over 300 compilations that have sold over 2 million copies and a nomination for best TV advert music, Christophe Goze has become a leading future world and ambient Jazz musician whose name is respected as widely as the geographical influences from which he hones his craft. French Catalan born and raised in Paris, he was fed from a young age on a diet of music, and engulfed by his father's own passion for the art of music.

Coming from a family of professional classical musicians - his father a music teacher as well as his grandfather - Christophe had no other choice but to start his musical education at an early age, being taught piano by his father at the age of 4, and at 9 the guitar. So innate was his musical ability!

Christophe's Spanish connection is integral to his music and important to his own creativity. He has always felt extremely close to Spanish music, which from the very start has influenced the way he plays guitar. This is particularly evident on his album Show Me the Way.

To form a picture of Christophe Goze's colourful background and his introduction into the world of professional music... He began by entering the CIM, a prestigious jazz music school in Paris. The CIM is renowned for its the teachers being famous French jazz musicians. Here Christophe studied Guitar and Harmony full time for 2 years. He also started to do his first session work as a guitarist. Within a year he was signed to Polydor France by A&R Philippe Cohen Solal, the man now behind Gotan Project. This was the start of a process that would see him evolve into an artist respected worldwide.

In 1989 Christophe visited Japan. What was intended to be a short-term stay with a 6-month open ticket turned into him living there for 7 years! Once in Japan, however, things came together and progressed at speed, and Christophe signed a publishing deal with EMI/Virgin Publishing, plus a record deal with a domestic label Alpha Records.

Christophe then visited the UK to record his first album at Real World Studios. There he met Peter Gabriel, a monumental moment for him as a huge fan of Mr Gabriel - a notable rock and fusion influence on Christophe. His debut album was released and did reasonably well for a first in Japan. This opened doors and provided opportunities for a whole host of other activities, such as guitar session-work and composing for TV commercials. In fact, what ensued for Christophe as a producer was an incredibly busy and demanding schedule, with him doing at least one TV commercial a month in Japan for clients such as McDonalds, Shiseido, Honda, Nissan, Mitsubishi and more. Staying consistently busy, he signed a new record deal in 1994 with Nippon Columbia and released 2 more albums.

It was also in Japan that Christophe started to develop his reputation as a world musician. Every week he was playing live in Tokyo - entirely improvised sets with various world musicians. Shakuachi, koto, Chinese flute, African percussion. A sort of mixture of new age music and world music elements.

Then came about a new desire, and in 1996 Christophe decided to come back to Europe, moving from Japan straight to the UK. He knew coming to the UK would change his music and provide him with the new direction he so wanted.

In England he recorded the album Secret Garden at his home studio; an ambient jazz project that was released by Nippon Columbia in Japan in 1999, revealing more of his evolution as a producer.

Moving on to 1999, and Christophe started Radar, a world fusion unit, with his DJ friend Francis Peyrat. Their album Nothing is Real was released by the UK label Bar De Lune.

In 2000 Christophe became an established figure in the British TV industry as ?Mr World Music', producing library music albums for Cavendish, Boosey & Hawkes and BMG in the UK, and Abaco in the States, as well as the music for the Lynx TV advert for which he received a prestigious nomination as best TV commercial music at the 2001 British TV and Cinema Advertising Awards. That year he also started to see his music used on several Channel 4 and ITV documentaries, and the Comic Strip film 4 Men in a Plane starring Rik Mayall.

To date, Christophe has produced numerous tracks mixing with true passion those world, jazz and classical elements he holds so dear. His tracks have been included on over 300 compilations by the likes of Ministry of Sound, Bar de Lune, Jazz FM Records, Buddha Bar and Nirvana Lounge. He has carried out remix projects for Le Cirque Du Soleil and Afterlife feat Dannii Minogue. He keeps writing for documentaries, films and even PlayStation games in the UK and the US. He is in essence a work-driven producer and musician, priding himself on being versatile and trying healthily not to get stuck in one musical activity.

The greatest thing about Christophe Goze is his experimentation, and the way he allows his travels and experiences to influence his style, with open mind and heart. He is ever ready for the next challenge, constantly exploring for new inspiration, and keeping an eye firmly on his roots as well as the future. With one constant of course: his passion for it.

A Day In Ibiza