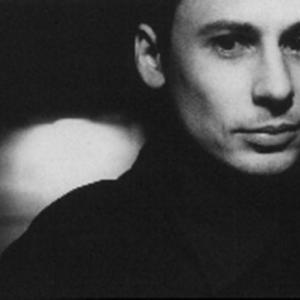 Minus 8 masters the whole spectrum of Downbeat, Drum & Bass and Nu-Jazz. There are only a few internationally known DJs, producers and remixers from Switzerland. Robert Jan Meyer, aka Minus 8, is one of them. As a leading man in this group, his name is mentioned together with the names of Alex Attias (aka Beatless / Mustang / Catalyst / Bel Air Project) and the Straight Ahead label posse. Robert Jan Meyer is an Architect and the brother of a well-known Swiss rave promoter.

Robert Jan Meyer is an Architect and the brother of a well-known Swiss rave promoter. He started to make music at the end of the 80's, first as a bass-player in a Funk-band, but soon his fascination with Midi-equipment led to experiments with a keyboard and sampler. At the beginning of the 90's, Robert launched his Minus 8 project as a slow and peaceful answer to all the Plus 8 (on a turntable) speed madness that was prevalent in club music at the time.

By 1993 he also started DJing, playing mostly Acid-Jazz, Rare Groove, Funk, and Hip-Hop. Since then, Robert has consistently supported Swiss club culture with all his talents. He's also toured as support for big UK names like Goldie, Grooverider, Hype, Krust, Storm, Bad Company and Adam F. And now he's in-demand as a remixer. As all that wasn't enough, he's also found time to put together a great series of compilations - "Science Fiction Jazz"

The first ever Minus 8 release, "The Sweetest Sounds," was the actually the first release on DJ Cam's Paris-based label Inflammable. In 1997, Minus 8's first album "Beyond," followed (also on Inflammable), and received excellent reviews. "Beyond" was followed by a second album, "Beyond Beyond" for UK label Higher Ground (part of Sony UK). The English Trip-Hop and Drum & Bass scenes influenced both of these albums.