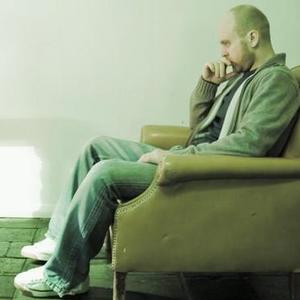 Martin Iveson moved from the North-East of England to the Midlands city of Derby in 1991 to take a position as in-house musician for the then fledgling video games company that went on to produce the Tomb Raider series of games. Not content with sound tracking one of the world's biggest computer games, Martin's passion for music saw him set up his own studio and record label, from which he could give a free rein to his personal music aspirations.

Martin became Atjazz and Mantis Recordings' first release was his Story EP. The positive reactions to Story inspired his debut album That Something, which was released in 1998, and established the Atjazz name, going on to be licensed in Italy by Irma Records and Japan by Sony.

Mantis Recordings moved onwards building a solid catalogue of releases from mainly local artists, and the Atjazz albums Labfunk and Labresults followed. While tracks on his debut album hinted at a particular Atjazz sound, it was these following albums that cemented his reputation as a world class producer with a distinctive yet diverse method to his sound, and making him an in demand producer, remixer and DJ.

For Mantis he played a big role in the sound of Brooks debut album You, Me & Us, produced the album That Day for Magic Number, and works closely with Mantis' jerkbeat master Clyde. His vast studio knowledge isn't limited to just dirty disco, techno soul and hip hop beats either; he's turned his hand to twiddling the knobs for everyone from acoustic soloists to post hardcore indie rockers.

His brand new album Full Circle sees Atjazz working with many superb artists. Peter Wraight, who played a big part of the sound of Labfunk brings his skill and knowledge once again, while singers Ernesto, Clara Hill, Sarah-Jane Morris, Dawne B, Amalia, and Mr J all deliver stunning performances, plus there's some mighty word wielding from Cee Rock and Hernandez.

Superproducer Charles Webster is also joining forces with Atjazz, on a project called Version. They already have several remixes in the bag and a EP's coming soon for both Miso and Mantis. While for Jazzanova's prolific Sonar Kollektiv label, Atjazz has produced songs for the new Clara Hill album, and released the massive track For Real on their sub label Innervisions.

A busy man indeed, and there's plenty more coming from his studio in the shape of a collaborations album which will see Atjazz hooking up with some big guns of house music.