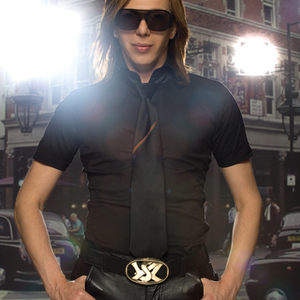 Born in Tel Aviv, Israel, in 1964, Offer Nissim made his name as a DJ, specializing in creating a signature sound recognized instantly. He has performed/spun his mixes and studio works all over the world, and established a following of a mega-DJ. Nissim's production work began in 1993, and over the years he has had a hand in a number of singles and remixes, featuring works by Beyonc?, Madonna, Jennifer Lopez, and Deborah Cox.

Offer's success as a Producer, Remixer and a world known musician, is what brought Peter Rauhofer, a DJ/Remixer and Grammy award winner, owning the successful Dance label Star69 Records in New York City, to sign Offer in 2004. That same year, other than being the top leading DJ in Israel, Nissim became an icon among music lovers all over the country, when he was named DJ and Man of the year, 4th year in a row, by the music and nightlife magazines "DJ Ha'ir? and ?Layla?.
The electrifying and striking presence on the turntables and the unique sound created in Nissim's studio works, have come to immediately bring his name to mind among clubbers in general, and gay clubbers in particular. Nissim's performance, which combines sweeping moves with an energetic atmosphere, creates a very unique link between himself and his audience. Nissim has established himself as a cultural hero, enjoying the success of Three double albums, and responsible for the musical production and success of Dana International, winner of the 1998 Eurovision song contest. These days he is Resident of the ?Forever Tel- Aviv?partys in Tel Aviv, The Week/Sao Paulo, MIX/Paris and he spins in various festivals and gay events around the world, such as the Circuit Festival in Barcelona.

Over You (Feat. Maya Simantov)

Over You (with feat. Maya Simantov)