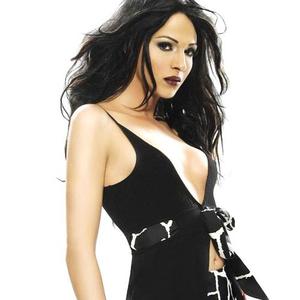 Sharon Cohen (Hebrew: ???? ????), professionally known as Dana International (Hebrew: ??? ????????????, born Yaron Cohen, 2 February 1972 in Tel Aviv, Israel) is an Israeli pop singer, born in a Yemenite Jewish family. She is most famous for having won the Eurovision Song Contest 1998 in Birmingham with her song "Diva". She is arguably one of the most famous transsexual celebrities in the world.

Her career began in 1992, and since then she has released eight albums and three additional compilation albums, positioning herself as one of Israel's most successful musical acts ever. After winning the contest in 1998, she later went on to record dance albums in English, French and Hebrew. A few of her big hits include "Diva", "Lola", "Alorarola", "Fata Morgana", "Woman in love" (Barbara striesend cover), "There are Girls", "Don Quixote" and many more.

Dana International will once again represent Israel in the Eurovision Song Contest 2011 in Germany, with the her self-penned song Ding Dong.