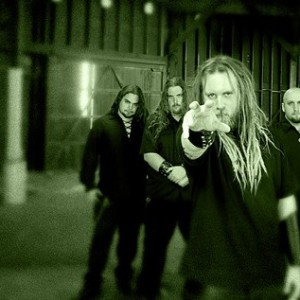 MORGION was an atmospheric death/doom band from the United States, formed in 1990 by Dwayne Boardman (Guitars), Jeremy Peto (Vocals, Bass) and Rhett Davis (Drums). The band recorded their debut "Rabid Decay" demo in 1991, followed by the "Travesty" 7" in 1993. With the addition of Bobby Thomas (Guitars) and Ed Parker (Keyboards) in 1994, MORGION recorded what would become "Among Majestic Ruin" on Relapse Records in 1997.

In 1998, both Thomas and Parker departed and were replaced by Gary Griffith (Guitar, Keyboards). MORGION then wrote and recorded "Solinari"; released by Relapse Records in 1999. In 2002 MORGION moved forward with Justin Christian on Bass and an album partnership with Dark Symphonies. Their final album "Cloaked by Ages, Crowned in Earth" was released in April of 2004 and stands as the band's most diverse and most successful release. Boardman and Griffith left MORGION in 2004, and the band was officially put to rest.

Former members of MORGION appeared at the Murderfest 4.0 festival in 2008 for a short set to commemorate album reissues from Relapse Records. Relapse has re-released MORGION's first two albums in a gatefold 2 CD digipack; both albums are remastered and include bonus tracks comprising of unreleased songs and demos.

All three MORGION albums are often regarded as some of the best in the subgenre of death doom metal, and Morgion have made a lasting impression on the genre and doom metal in general.

The Relapse Collection: Among Majestic Ruin

Cloaked By Ages, Crowned In Earth