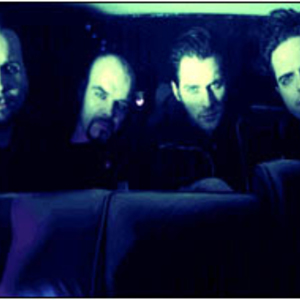 Misery Loves Co. was a Swedish industrial metal duo of the 1990s and early 2000s. The band combined the hostility of thrash metal riffs with electronic samples usually associated with industrial music. Their lyrics generally focused on bleak sexual visions and pain over troubled relationships. The band was formed in January, 1993, by Patrik Wiren (vocals) and Orjan Ornkloo (guitar, bass, programming).

The band was formed in January, 1993, by Patrik Wiren (vocals) and Orjan Ornkloo (guitar, bass, programming). Wiren was previously a member of Midas Touch who had recorded an album with Noise Records, while Ornkloo worked with several bands within his Swedish hometown, Uppsala. Their first recorded track was "Sonic Attack" for a metal compilation Extreme Close Up. Based on the response to the single the band worked with MNW Zone to release their self-titled debut album in 1995. Independent success lead to signing with Earache Records which re-released the album throughout Europe.

During live performances, Misery added Jim Edwards (guitar), Marre Ericksson (bass), and Olle Dahlstedt (drums), who was replaced by Niklas Gabrielsson before their first UK show, at the Camden Underworld.

Misery Loves Co.'s self titled opening album was widely seen as one of the best albums to come out of the 1990's European Metal Scene. Tracks such as "Need Another One" and "Kiss Your Boots" hit the club scenes and the band was part of the very successful Earache Records line up at the time. Their second album did away some what with the heavyness of the first, becoming much moodier and darker. But again "Not like them" became a big hit in the emerging metal market. The last Misery Loves album, "Your Vision Was Never Mine to Share" was regarded by many fans as being uptodate. But again was another good album, if not to the same standard of the previous two. Perhaps Misery Loves turned up too soon, and they never managed to really gain the respect and recognition they deserved. If you have never heard of them go and find them, you will not be disappointed.

The band broke up after "Your Vision was Never Mine to Share" (2000). Patrik Wiren went on to form the band Alpha Safari (formerly named Washoe) with some former live members from Misery Loves Co and Entombed's Uffe Cederlund. They have released one album titled "Commercial Suicide"