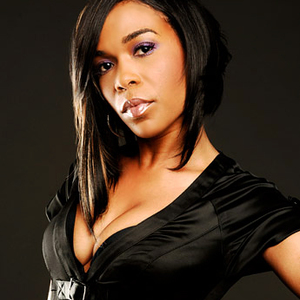 Tenitra Michelle Williams (born July 23, 1980 in Rockford, Illinois) is an American singer, songwriter, record producer and actress. Williams rose to noteriety when she joined Destiny's Child, one of the most successful female groups of all time with whom she earned a Grammy Award for "Best R&B Performance by a Duo or Group with Vocals" for single "Survivor". Raised in a Christian family, Williams learned to sing in her church's choir.

She later sang in a musical quartet called United Harmony alongside sister Cameron. After attending Auburn High School and being a part of the C.A.P.A (Creative And Performing Arts) program there, she pursued a degree in criminal justice at Illinois State University before leaving to pursue a career in music. Whilst touring as a backing vocalist for R&B star Monica, the opportunity arose for Williams to join Destiny's Child in 2000.

After the release and promotion of the grammy-nominated Destiny's Child album Survivor, Williams became the first member to release a solo studio album in 2002. Her debut, Heart To Yours , shot up to #1 on the Billboard Gospel Chart, where it spent a total of 46 weeks and also peaked within the top 20 of the Billboard R&B/Hip-Hop Albums before being listed at #6 on the year-end Gospel Albums chart. Also a critical success, the album won Williams an award for "Best Gospel Act" at the 2003 MOBO Awards. Williams then made her acting debut in the Broadway hit, Aida, replacing R&B singer Toni Braxton; making her the first and only member of Destiny's Child to appear on Broadway.

Following the success of her debut, Michelle released her sophomore album, entitled Do You Know, in 2004. The album did not perform as well as its predecessor, but did peak at #3 on the Billboard Christian Albums chart, #2 on the Billboard Gospel Chart and was well received by critics who lent particular praise to her songwriting ability.

In 2006, she made her television debut in the UPN comedy Half & Half, where she played the role of Naomi. In 2007, Williams returned to theatre, starring in the first US national tour of The Colour Purple alongside LaToya London and Stephanie St. James, which earned her a nomination for "Best Lead Female Actress" at the 18th Annual NAACP Theatre Awards.

Williams released her third and first commercial pop album, Unexpected on October 7th, 2008 in the US and September 30th in the UK. The highly-anticipated and critically-acclaimed pop debut features her first charting singles; "We Break The Dawn" which peaked at #47 in the UK, #38 in Hungary and #4 on the US Dance chart, "The Greatest", which topped the US Billboard Dance chart and "Hello Heartbreak". In 2009, "The Greatest" was listed at #39 on the decade-end, 2000-2010 Billboard Dance chart, just behind "Lose My Breath" which Williams released as a single whilst a member of Destiny's Child.

In 2009 she starred in the hit West-End production of Chicago, making her the first African-American to be cast in the lead role. The following year she replaced Ashlee Simpson in the Broadway production of the legendary musical before beginning an engagement at the Pantages Theatre in Los Angeles. She further pursued acting in 2011, by playing the lead role of Lena Summer in David E. Talbert's What My Husband Doesn't Know, which was released on DVD the same year.

In 2011, Williams released a collaboration with dance artist Ultra Nat&eacute; titled "Waiting on You" which became her third top 20 entry on the US Billboard Dance chart where it peaked at #11. She is due to release her fourth solo album in 2012.