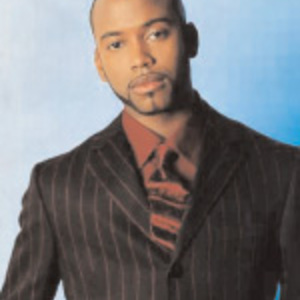 Tonex (pronounced toe-nay) is a musical prodigy that has mesmerized audiences everywhere. Tonex bridges the gap between R&B and Gospel by taking elements from both forces and not slighting either of them in their own respectable rights. His music relates to those who feel that no one understands them, heals the broken heart of those who need mending, and brings deliverance to those who are in bondage. All of this is accomplished through the divine ordinance of God and the overwhelming amount of purity, truth, and freedom in his music ministry.

Tonex's parents, Anthony and Betty Williams, are the Pastor and Assistant Pastor of Truth Apostolic Community Church in Spring Valley, California where they have been in existence for six years. "Our church is filled with young people from every walk of life, but they love the Lord and have a desire for the word of God," says Tonex.

"T.Boy (the album's producer) and I tried to create a sound that was extinct to the Christian Market; something fresh, alive, and completely the opposite of everything going on musically in the CCM market today. We created an album with the intent of a Christian music revolution being the outcome of its release," says the Stellar-nominated artist. Sales of the project skyrocketed and remain sold out in most stores. A re-release of the now unavailable classic album has been scheduled for release in late 1999. The recent performance by Tonex on the 14th Annual Stellar Awards has compared to the same impact Michael Jackson made on the Motown 25th Anniversary special back in 1983.

"I believe the reason for [the success of Pronounced Toe-Nay] is the fact that God's timing is the best timing. Had the album come out any sooner in the CCM market, it probably would not have worked out right with heavy-hitters Kirk Franklin and DC Talk still promoting their latest efforts. It came out at a time when people were 'Stomp-ed out' so to speak. Creativity is one of the main drawing cards about this album. It's really unique just as I am. I have many styles and diversities about myself and they reflect throughout the album's six music genre sections. As you listen to the entire album, it is evident that God ordained his entire project."

He has had national television and print media coverage (JET, Sister 2 Sister, Billboard, Gospel Industry Today). "The ministry that God has given me is geared towards an audience previously left stranded in Christian music. With anointed lyrics and the most state-of-the-art R&B production, I intend to sabotage demonic forces causing a backfire on Satan's hold in R&B music," says Tonex. This generation is blessed to have such talent that believes in giving 110% of his gift to his music, to his fans, and most of all, to God.

Out The Box CD1

Out The Box CD2