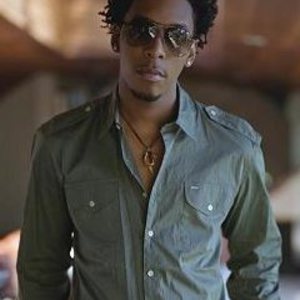 Born and raised in the Motor City , Haddon was another gospel child prodigy, both as minister and musician. He gave his first sermon at the church of his father, Bishop Clarence Haddon, at age 11, and was directing the choir by age 13. Haddon began his recording career in the mid 90s with the Voices of Unity on the small Tyscot label. As the group leader for their three albums, Haddon expressed his forward looking musical view, merging elements of soul, hip-hop and funk in the group's Gospel music.

Haddon began his recording career in the mid 90s with the Voices of Unity on the small Tyscot label. As the group leader for their three albums, Haddon expressed his forward looking musical view, merging elements of soul, hip-hop and funk in the group's Gospel music. VOU had some mild success on the Gospel charts, but by the late 90s Haddon was ready to move more clearly front and center as a solo artist. His first two solo albums, This is My Story and Chainbreaker continued his artistic development and made some moderate noise on the Gospel charts.

However, I'm not sure that even the devoted fan base he had been accumulating could have anticipated his late 2002 release, Lost and Found, his first on giant Gospel label Verity. A project as ambitious as Tonex's noted debut, Pronounced Toe-Nay, Lost and Found is an exhaustive, inspired opus by a Gospel artist who, with its release, clearly declared himself a new Gospel star.

The disc begins sounding like a dance Gospel album, leading off with two funky numbers, ?D.D.? and ?Oh Yeah? (the latter featuring the ubiquitous Fred Hammond). From there it covers broad territory, including bluesy, southern soul (?Ain't Got Nothing? and the radio hit, ?Sinner's Prayer?), Praise & Worship (?Worship Medley?), Prince-style electric soul (?It's Me?), big ballads (?Stand Still?) and joyous calypso (?The Praises Go (Up, Up, Up)?). Haddon is literally bursting with musical ideas on the album and, amazingly, virtually all work. Equally impressive is the strong lyrical content of the disc ? much of it autobiographical -- focusing principally on the power of redemption and the ability of faith to rescue lost or miscast souls.

It took me almost two months to review Lost and Found, mostly because it took so long to fully absorb such an ambitious project. Now I can clearly say that this stands, with Mary Mary's ?Thankful? and Tonex's ?O2,? as perhaps the definitive modern Gospel album of this decade, and is a must for both Soul and Gospel lovers.

Time (Truth Is My Energy)

Anthology: The Writer & His Music

Church On The Moon