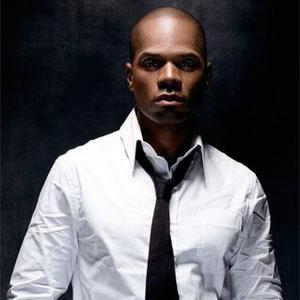 Kirk Franklin (born January 26, 1970 in Riverside, Texas) is a platinum-selling musician who blended gospel, hip hop, and R&B in the 1990s. He released his first gospel album, Kirk Franklin & Family, in 1993, and is known as the leader of contemporary gospel choirs such as Kirk Franklin & the Family, Kirk Franklin's Nu Nation, and God's Property. A native of Fort Worth, Texas, he was raised by his aunt, Gertrude Franklin.

A native of Fort Worth, Texas, he was raised by his aunt, Gertrude Franklin. He developed a talent for music early, playing the piano at age four and becoming music director of his church at age eleven. After getting kicked out of school in his teenaged years, having a girlfriend become pregnant, and after a friend was shot to death he returned to the church. After leading the DFW Mass Choir at the 1990 Gospel Music Workshop of America Convention, he organized "The Family", a seventeen-voice choir, in 1992 and began his recording career.

He has integrated hip hop styles with gospel themes in albums such as The Nu Nation Project and God's Property, which achieved success on the Billboard Pop Album, R&B and gospel charts.
Franklin has collaborated with the biggest names in gospel music, including Tonex, Donnie McClurkin, Richard Smallwood, Crystal Lewis, Pastor Shirley Caesar, Jaci Valesquez, and Willie Neal Johnson. He also has displayed a willingness to collaborate with artists in the secular realm, including Bono, Mary J. Blige, Crystal Lewis, and R Kelly in the hit single, "Lean on Me."

On October 4, 2005, his new long-awaited album Hero was released, with latest single Looking for You.
Franklin's songs are published by Zomba Music Publishing, a division of BMG Music Publishing.

The Fight Of My Life

Songs For The Storm, Vol. 1