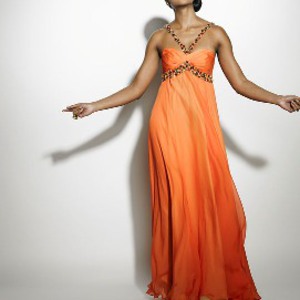 The White Family often opened gospel programs for such established artists as Shirley Caesar, The Williams Brothers, The Highway QC's, The Canton Spirituals, and The Truthettes. Niyoki was especially inspired by the Truthettes' young lead singer, TuTu Jordan. ?She was always so vocally strong and confident,? Niyoki recalls. ?When I was small, I was still a little afraid to go up on the stage, but she never seemed to show any fear at all.?

Eventually, Niyoki and her three sisters left the family fold and formed an R&B singing group called Milenia. ?A local promoter told us that we were tall and beautiful,? explains Niyoki, who at 5'8? was the shortest member of the group. ?We were at that rebellious stage. We were tired of our parents managing us.?

While appearing in Minneapolis, Milenia was spotted by Prince. ?You always hear about how tight harmonies can be with siblings,? Niyoki explains. ?That's what Prince liked about us. He just loved how our blend was and how tight our harmony was.?
The sisters began singing backgrounds for Prince as well as opening his shows with a 30-minute set of their own. They appeared on his 2001 duet with Angie Stone, ?U Make My Sun Shine,? and on his 2003 CD The Rainbow Children on which Niyoki was briefly featured singing second lead on the song ?Everywhere.? A Milenia CD titled Our Story was issued in 2005, and included two Prince-produced tracks.

Niyoki learned many valuable musical lessons during her three years with Prince. ?We came from a gospel background, and he used to get on us a lot about over-singing, so I learned how to use volume as a vocal technique and not be so hard-hitting all the time,? she explains. ?He showed us how to put parts together in the studio. I listened to that and watched him, and that helped me to be able to put my own harmonies together now. However, I do realize that the gift I have comes from God.?
A cancelled world tour and recordings that didn't require background singers led the White sisters to leave Prince. ?We got tired of the hurry-up-and-wait thing,? Niyoki says. ?There were so many uncertainties about our future with Prince. It was a really confusing and frustrating time and it sent me into a world of depression.?

Niyoki stopped singing for a period and worked in business development at an architectural firm. And, she says, ?I took time to pray, and gospel melodies kept coming up in my heart.?
My Everything was the answer to Niyoki's prayers. The CD has sold 15,000 copies since its release in 2006 and the lead track, ?He's Here,? was named the 27th most-played gospel song of 2007 by the trade publication R&R (Radio and Records).? That is awesome for a new artist on an independent label,? Niyoki says. She and her husband purchased an RV and toured the country with her background singers, appearing at churches and on concerts with such artists as Karen Clark-Sheard, Kierra ?Kiki? Sheard, and Virtue. In 2007, Niyoki also performed on Radio One's One Love Cruise of the Caribbean, which featured, among others, Fred Hammond, Donald Lawrence, and Cheryl ?Coko? Clemons, formerly of SWV, the R&B group that had initially inspired Milenia.

With Rest, Niyoki feels that her life and her music have come full circle. ?I'm so peaceful with my little boy,? she explains. ?I'm just really, really happy to know God more and in a closer way than ever before. It's given me that rest that most people are longing for, and that I'm happy to say that I have.?