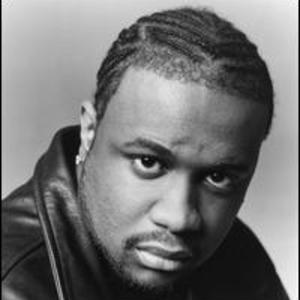 Woody Rock (born James Green on September 10, 1976 in Baltimore, Maryland) is an African-American singer and musician. Woody is best known as one of the founding members of multi-platinum R&B act Dru Hill, a group for which he has written and sung lead on songs such as "5 Steps", "April Showers", and "Angel". He has also recorded his own solo gospel album, Soul Music, for Kirk Franklin's Gospocentric Records. His nickname was derived from his father saying he resembled the Woody Woodpecker cartoon character.

Raised in a Christian family, Woody was forbidden to listen to anything except gospel, and had to listen to R&B music in secret. He met future Dru Hill bandmate Mark "Sisq?" Andrews in middle school, and in 1992, he, Sisq?, Larry "Jazz" Anthony, and Tamir "Nokio" Ruffin founded the group and began performing around the Baltimore area.

Dru Hill tried to continue as a trio, but decided that they needed Woody back in the group. Newly reorganized Island Def Jam Records set up the "Dru World Order" project, allowing each member to record a solo album before the next Dru Hill album was recorded in November 2000. Woody recorded his debut solo album, Soul Music, but its release was continually delayed by Def Jam/ Def Soul, because of the success of Sisq?'s Unleash the Dragon album and its singles.

Woody got a release from Def Jam for his solo deal, and issued Soul Music on Kirk Franklin's Gospocentric Records in May 2002. The album was moderately successful within the gospel scene, reaching #5 on the gospel charts. Soul Music was dedicated to the memory of Woody's mother, who died of liver disease the year before, and features Woody's cover version of her favorite gospel song, "I Won't Complain".