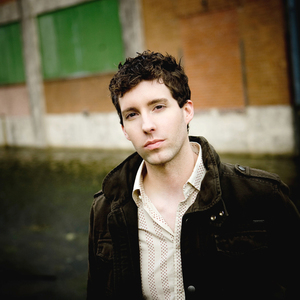 ?There is a time for everything, and a season for every activity under the heavens...? The words of Ecclesiastes are a constant for every generation, but for Canadian-born singer/songwriter Matt Brouwer, their truth has most poignantly hit home in the past two years. With more than a decade of hit songs, including ?Water,? ?I Shall Believe,? ?Father I Adore You,? and the Top 20 "Sometimes?; two GMA Canada Covenant Awards; and two Canadian people's choice Vibe Awards?not to mention a 2010 Juno Award...

?The writing and recording for Where's Our Revolution took a lot of time and effort,? Matt recalls. ?It came through a difficult process that encompassed years of writing, traveling and transition. But sharing that music in concert and witnessing the response to it, I experienced a lot of healing.? He considers the process and momentum of that period as the foundation for his new album, Till The Sunrise, an offering Matt calls ?the joyful outcome of digging in and working hard over the last few years, an album that reflects a new season of life.? It is a new season that finds Matt embracing the importance of living life connected to the ones he loves.

Like so many new beginnings, much of the genesis for this fresh optimism happened when Hannah entered Matt's life. The two first met while Matt was on a mission trip in Guatemala, where Hannah's parents serve as medical missionaries. Matt?co-founder of New Beginning Resources (NBRI), which was building a school in a nearby town?got to know Hannah when she served as an interpreter for his team. They eventually reconnected in the States in 2009, while Matt was an artist-in-residence at The Woodlands United Methodist Church in The Woodlands, Texas, and Hannah was studying at Baylor College of Medicine in Houston. A three-hour chat over coffee eventually led to Matt finding any excuse to drive 45 minutes to Houston. The relationship blossomed and they were engaged in spring 2010 and married later that year.

No longer alone while traveling life's road, Matt has translated this relationship and new perspective on companionship into the songs of Till The Sunrise, an album that rejects isolation in favor of togetherness, presenting a ?one for another? approach to life. Matt credits Hannah and their life together for his renewed passion for people, as well as his music. ?Being married to Hannah has expanded my heart,? he says. ?I feel more compassion, not only for her, but for people in general.? And as Matt has seen his focus for the least among us grow, he's more fully experiencing ?how God can teach us about Himself as we work together for others.?

That spirit of togetherness is reflected from start to finish on Till The Sunrise. Returning to the well of unparalleled talent that helped birth Where's Our Revolution, including Grammy-winning producer Michael Omartian, engineer Terry Christian, and Nashville-based session musicians Zod Lounge, it was an obvious decision for Matt to partner once again with this team. ?My last album was a fantastic experience, and I felt there was more to be explored,? Matt says. ?Each of us came into the studio with a mutual admiration and foundation of trust that already existed from the last record, which made the process effortless and enjoyable as we all played together in the studio.? Collaboration is also showcased in the songs of Till The Sunrise, where Matt shared the writing experience with friends both old and new, including his recent tour mate, acclaimed singer/songwriter JJ Heller, and longtime fellow Canadian friend Jill Paquette.

With this spirit of collaboration runs a spirit of Hope, permeating the songs of Till The Sunrise. ?Tonight? draws upon Matt's journey as a fatherless son into a man who discovers freedom in releasing control to God, conveying a buoyant sense of wonder and hope as his eyes open to a higher Love. The album's debut single, ?Ocean,? pays homage to the hymn ?It Is Well With My Soul,? offering hope and peace to those who feel alone or lost. Ultimately, it is a song for a generation that finds itself ironically isolated due to the vast virtual connections of social media and technology.

Closing out the album is the cinematic ?Outside, Inside,? exploring the moments surrounding the loss of a loved one. Matt penned the song with a friend days after tornadoes devastated Joplin, Missouri, last year. The two explored how one responds in the moments after tragedy sweeps in, pausing in a dark space before seeing the light again. The song became more poignant for Matt as he considered his own mother's story, imagining her reaction after his father was killed in a car accident. ?Suddenly, I found myself singing from my Mom's perspective, realizing what it might feel like as you come to terms with such a loss. The thought gripped me in a profound way, and the song seemed to really come alive. It was one of the most amazing experiences I've had as a songwriter.?

Awash in such deeply personal thoughts and emotions, Till The Sunrise is equally saturated with a spirit of hope, togetherness and collaboration, a result of Matt's new lease on life. ?It was through some difficult situations that I learned to trust God fully and that I feel like I came back to life,? he says. ?And life now feels more complete than ever as I share it with Hannah. My music and career have found new inspiration, and everything really feels fresh right now. These songs truly reflect how much better off we are when we take the risk to love and live for something beyond ourselves. The sum really is greater than the parts.?