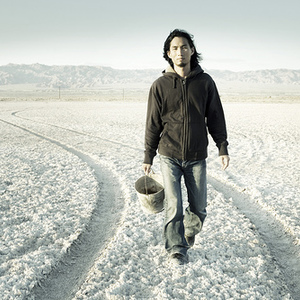 From San Diego, California, the band Future of Forestry draws their name from the title of a C.S Lewis poem. Long time band mates, Eric Owyoung and Nick Maybury (from their previous band Something Like Silas) joined forces with Luke Floeter (Bass) and Spencer Kim (Drums) to form the creative sound of Future of Forestry. Veering from the saturated and homogenous pop culture, the band has cast out into deeper waters to draw from the essence of life in music.

Ken Andrews (Failure, Year Of The Rabbit, Mae) produced their Debut album, "Twilight", which was released January 23, 2007 on Credential Recordings.

Since the release of their debut, the band, now focused around Eric Owyoung and a rotating cast of members, released the Advent Christmas EP over the Christmas of 2008.

This was followed up by the Travel series of albums, Travel, Travel II and Travel III, to be released on 30th June 2010. Three sets with six tracks each, and released just months apart; Travel, Travel II, and Travel III use the carriers of air, sea, and land respectively to explore our temporary struggles and eternal hopes, ultimately discovering what matters most.

The band will tour as a Trio for the '3tour' in 2010, with Eric Owyoung being joined by T.J. Hill and Liz Lee.

Awakened To The Sound