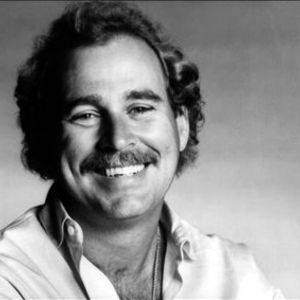 Jim Bakkum, born Jimmy Johannes Bakkum on August 10, 1987, in Egmond-Binnen, North Holland is a Dutch singer and actor. As a child he was encouraged to sing and act by his parents. He started a band with his older brother Danny and he performed in amateur theatre productions. In 2002, his brother suggested that he should audition for the Dutch TV talent programme "Idols". He became the youngest contestant at 15 years of age.

As a child he was encouraged to sing and act by his parents. He started a band with his older brother Danny and he performed in amateur theatre productions. In 2002, his brother suggested that he should audition for the Dutch TV talent programme "Idols". He became the youngest contestant at 15 years of age.

After being voted into second place in the competition, he was signed by Wilde Productions and released his first single "Tell Her" in May 2003. The song charted at # 1 in the Netherlands. His second single, "This Love Is Real" which is a cover of the original song by CB Milton ( he was also signed to Wilde Productions ) was released in July 2003 and it reached the top 3. Shortly after Jim's 16th birthday, in August 2003 he released his debut album Impressed , this reached #1 in the Dutch album charts and became gold (40.000 copies sold).

In April 2004 Jim was nominated for 2 TMF awards; Best Newcomer and Best Singer. He won the award of Best Newcomer. His second album Ready was released in May 2004 and reached the Top 10 of the Dutch Album Charts.

In 2005 he won Dancing with the Stars (the Dutch version of Strictly Come Dancing), partnered by Julie Fryer. His third album, Dance With Me was released in November by his new record company CMM (Corbeau Music Masters). This album came out of his dancing experience on the TV show and became Gold (40.000 copies sold) as well.

Also in 2005, he played the voice of Hippix in the animated film of Asterix and the Vikings, which went on general release in Europe and Canada in early 2006. In April he released a single of the soundtrack "Dapper & Sterk"(what means: Brave and Strong) which charted at #13 and stays for months in the Dutch single charts.

In the beginning of 2006 Jim played his first 'big' role in a TV-series, called 'BOKS', which is a police-serie in which he played the rol of 'Willem Jongbloed', a young police man just out of the Police academy. From October 2006 Jim toured trough the Netherlands in the leading role of Danny Zuco in the musical Grease.

In the spring of 2007 he hosted the TV-show 'De weg naar Fame' (The way to Fame) in which the leading roles of the musical Fame were selected. Jim already had the role of Nick Piazza so now he guided the contestents and hosted the show.

In May 2007 he released his new single "Doe dit, doe dat" which entered the charts at #5. His new album "Vrij!" which was released in late June 2007 followed by the third single 'Doe maar gewoon' in September 2007. He was nominated again for a TMF Award for Best Dutch Singer.

In the Fall of 2007 Jim toured with his show 'Jim in Concert' through the Dutch Theaters before he started the role of Nick Piazza in the musical Fame as of January 2008.

Since January 2008, Jim is playing the role of Robin in the internet-only soap 2000Antwerp [1], aired daily on the Belgian MyVideo.

In April 2008 the single 'Doe dit doe dat' is released in Belgium (Flanders).