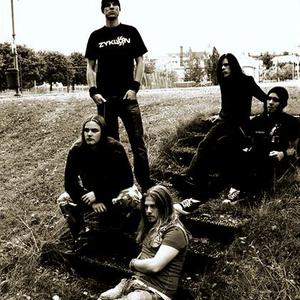 In Mourning are a progressive/melodic death metal band from Falun, Sweden, formed in 2000. They started out as a more gothic metal oriented band before developing into their current style. They recorded 5 demos, "In Mourning" (2000), "Senseless" (2002), "NEED" (2003), "Confessions of the Black Parasite" (2004) and "Grind Denial" (2006) before signing to Norwegian label Aftermath Music. Their first album "Shrouded Divine" was released on January 2nd, 2008. The album was extremely well-received, especially considering it's a debut album.

In May 2009 the band announced that they signed a 2-album deal with Singaporian label Pulverised Records. Recordings for the 2nd album took place in August 2009 at Black Lounge studios in Avesta, Sweden. The new album is called "Monolith" and is due for release in February 2010.

The Weight Of Oceans