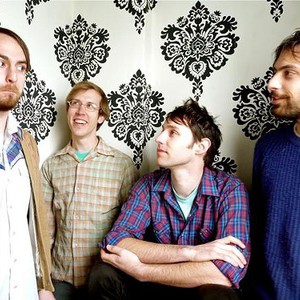 Hosannas (formerly known as Church) is a band from Portland, Oregon featuring brothers Brandon Laws and Richard Laws, and friends Christof Hendrickson and Lane Barrington. They used to go under the moniker Church but in late 2009 were forced to change their name under threat of legal action for Australian band The Church. In 2008 Church released two e.p.'s, ?with all our love for Francisco the Man? and ?Gold.?

In 2008 Church released two e.p.'s, ?with all our love for Francisco the Man? and ?Gold.?
In 2009 Church released their first full length ?Song Force Crystal? on Sohitek records (vinyl only) and also Tender Loving Empire Records.
In March of 2010 - Hosannas released "Together" under their new name.
Shortly after this album was released Christof and Lane departed amicably from the band to pursue personal musical endeavors.
On March 29th, 2011 the band released for free a four track EP of songs reworked from their earlier material called "Thug Life Nicole". Download it here: http://www.hosannasmusic.com/