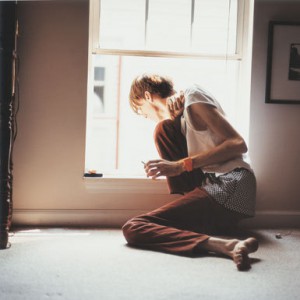 Atlas Sound is the name of a musical solo project of Bradford Cox, the lead singer of Deerhunter. Cox was born in Athens, Georgia in 1982. In early 2008 he released his first album entitled Let the Blind Lead Those Who Can See but Cannot Feel on indie-labels Kranky and 4AD. His second album, Logos, was released in fall 2009 to critical acclaim. In explaining his reasoning for a solo project, Cox has stated, "It's just that I have ideas that I can't make work with a five-piece rock band...there's kind of this palette of sounds that I use that I don't necessarily get to use with Deerhunter".

Cox has noted his heroes to be Cindy Wilson from B-52's and Laura Carter from Athens punk band the Bar-B-Q Killers.

Cox met his collaborator and best friend, Lockett Pundt, in high school. He started recording on a cassette karaoke machine in 1994 when he was in sixth grade. He has used the name "Atlas Sound" since then, as it was the name of the company that manufactured the tape machine. Cox has also recorded as part of other bands, such as the short lived "Wet Dreams", an all-girl garage/noise band in which he played drums. He also recorded several tracks on the Black Lips second album We Did Not Know the Forest Spirit Made the Flowers Grow, playing drums on the song Notown Blues from that album.

Let The Blind Lead Those Who Can See But Cannot Feel