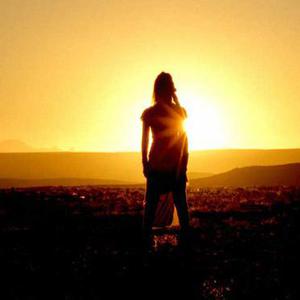 1. Era (Enminential Rythmn of the Ancestors) (styled as eRa) is a New Age music project by French composer Eric L?vi. The band has sold more than 12 million albums. They use lyrics (by Guy Protheroe) which although similar to Greek or Latin are in fact deliberately devoid of any exact meaning. Era mixes Gregorian chants and occasionally world music with contemporary electronic arrangements. It is reminiscent of New Age music projects such as Enigma, Gregorian, and Deep Forest. Era lyrics are written in Pseudo-Latin, as well as in English.

Era mixes Gregorian chants and occasionally world music with contemporary electronic arrangements. It is reminiscent of New Age music projects such as Enigma, Gregorian, and Deep Forest. Era lyrics are written in Pseudo-Latin, as well as in English. Some of them are based on beliefs of the 13th century French Christian sect, the Cathars.

"As a rule, I try to avoid copying musical styles which are imposed by epochs and cultures; I am always on the lookout for strong emotions; the sort that accompany an epic film. In fact, I am writing music for a film which has not yet been made!" says Eric Levi.


Eric L?vi (real name Eric Jacques Levisalles), born 1955 in Paris, France, is a musician. In 1975 Eric L?vi founded the hard rock band Shakin' Street with Fabienne Shine, which would release the two albums Vampire Rock and Solid as a Rock. Shakin' Street briefly toured with AC/DC and the Blue ?-yster Cult before disbanding in 1981. He then moved to New York, and back to Paris in 1992. Later on in his career, Eric L?vi wrote the musical score to several movies, including L'Op?ration Corned-beef and the comedy Les Visiteurs which was an international success and one of the highest grossing movies of all time in France.

L?vi is best known for being the mastermind behind the musical project ERA, and for inventing the Latin sounding words of these songs.

Era's self-titled debut album in 1997 proved to be a hit, becoming the most exported French album with over 6 million copies sold. A sequel, Era 2 was released in 2000, followed by Era: The Mass in 2003. The trilogy is characterized by a mixture of rock, synth, and pseudo-Latin Gregorian chant.

3. ERA is a Melodic Metal band from China. They also use the EMG for Era Music Group.
They released a Demo on the old mp3.com in 2002.

4. Era was thrash/heavy metal band from Bulgaria.They have one full length named "Point of View' which was released in 1994.

5. Era is a melodic hardcore band from Lincoln, Nebraska. Playing in the vein of Verse, Chain Of Strength, and Champion. Their self titled demo will be out on Nihilism Records in January.
myspace.com/eranebraska
myspace.com/nihilismrecordsne

The Wall (Show in China)

The Very Best Of Era