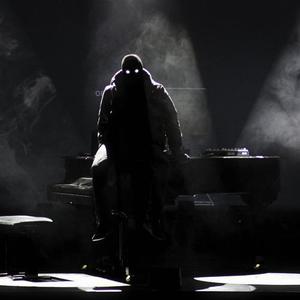 There is more than one artist with this name: 1) Danger is an electronic music artist from Lyon, France. Danger (Franck Rivoire) takes 80s action-film sounds into mysterious territories: a landscape that belongs equally in an Amiga video game as a fictional animated film, perhaps involving explorers deep in South American jungles stumbling upon the colossal, obsidian pyramid pictured in his artwork. He is currently hosted by the Ekler'o'shock label.

1) Danger is an electronic music artist from Lyon, France. Danger (Franck Rivoire) takes 80s action-film sounds into mysterious territories: a landscape that belongs equally in an Amiga video game as a fictional animated film, perhaps involving explorers deep in South American jungles stumbling upon the colossal, obsidian pyramid pictured in his artwork. He is currently hosted by the Ekler'o'shock label.

2) Danger started 2003 in a small town called V?xj? in Sweden. The members came from different bands in the local area. They did a couple of gigs with Danger and recorded two full-length unsigned albums, they were titled ?Keep Out? and ?In Control?. The style was heavymetal with influences from Iron Maiden, Helloween and other metal bands from back in the 80/90s. In summer of 2006 Rob Paris (founder) and J.J, hooked up with a guy called The Kid at Sweden Rock Festival..and at this point the band was looking for a new singer. They asked him to do a tryout for Danger as a leadsinger.

Now every part of the band decided to make a few changes, cause Kid was no high pitch powermetal singer. He loved the sleaze and more glamorous style from the 80s like M?tley Cr?e, Hanoi Rocks, Skid Row, Shotgun Messiah etc.. Rob and J.J totally agreed, this was just what they where lookin for. Shortly after,it was official, The Kid was the new singer of Danger. One important thing lead to another, they had to get a cool bassplayer! After a few weeks of searching they found Alex Vile, he joined the band and they made songs like crazy... and before they knew it, gigs came up everywhere.

They recorded their first demo-single with this new line-up and they titled it ?Playin' The Game? in august 2006. They worked hard to promote and printing new copies They where traveling to other towns around Sweden and just gave the single to everyone who seemed to like this kind of music. It got huge respons and they continued to rock the country, playin gigs and record new songs.

In January 2007 they recorded their second demo-single ?Spread Your Legz?, it was a sleaze and rock n roll single with much attitude...They were ?dancin' down with glamour and sleaze?! The gigs came up more and more, the schedule was really tight.. But this was exactly what the guys wanted, so they continued to rock and roll. Alex Vile decided to quit the band in feburary 07, so they really needed a new bassplayer cause of all gigs that was booked and ready.

They had one week left for a quite big gig in Stockholm at Club Riot Act (Pub Anchor).. and no bassplayer in sight, time was running short. Like sent from heaven (or hell) Rob got hooked up with Togge (former bassplayer of Chicks With Guns). He asked him to play bass with Danger a few gigs, till they've found a permanent bassplayer. Togge nodded and said of course! Shortly after, he got in the band as a permanent bassplayer and a real injection of energy to the band.

They now worked harder than before and a new demo-single was coming up in april ?Cal?forn?a Red?, a real blazt for the coming Swedish summer. At this point the band needed to do a quite difficult change of member. A new drummer was coming up, but when?.. It took almost the whole summer to find one! Who would ever give up such a great ship like Danger!?.. In august they found Danny Cr?sh a guy from Malmoe who joined the band with authority.. Just what the band needed. The fourth demo-single in one year was almost finished when Danny joined the band. It was titled ?Shove It Up Your Azz?? and it got released in September 2007.

3) Danger was a death doom metal band from Mogilev, Belarus formed in 1994.

Sketches From a Small Room