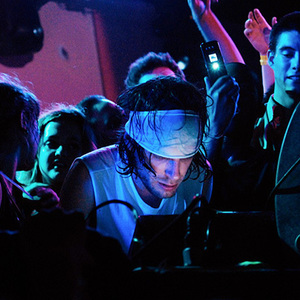 1. Girl Talk is the stage name of Gregg Gillis (born October 26, 1981). Gillis, who is based in Pittsburgh, Pennsylvania, has released five CD albums on Illegal Art and vinyl releases on 333 and 12 Apostles. He began making music while a student at Case Western Reserve University. He specializes in sample-based remixes, in which he uses at least a dozen elements from different songs to create a new song.

At his early shows, Gillis became notorious for his exhibitionist antics on stage, spontaneously removing most or all of his clothing mid-performance. He has given different explanations for the origin of his stage name, once saying it alluded to a Jim Morrison poem and once saying it alluded to an early Merzbow side project. He has also stated that "Girl Talk" is simply the opposite of what one would think when picturing a man playing music with a laptop.

Girl Talk was featured in Good Copy Bad Copy and Rip! A Remix Manifesto; both documentary films about copyright/fair use.

3. Girl Talk is the name of a Norwegian jazz trio. The band was formed by Bodil Niska in 1992, and consists of Elizabeth Walker on the piano and Tine Asmundsen on the bass. Their first album, Talkin' Jazz, was recorded in 1992.