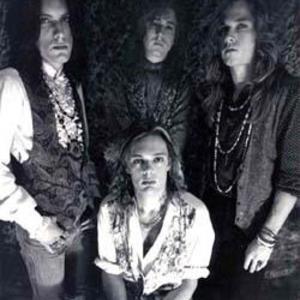 There are two artists named Daisy Chain. The first one [1] is a Hardcore Punk/Oi! band from Chicaco/USA, the second band [2] is a funrock band from Austria, the third [3] one is a PunkRock Band from Berlin/Germany [1] Matt Mercado ripped up the Chicago scene in the early '90's with local legends Daisy Chain, leading to a seven figure recording deal with Mercury Records (Kiss, Bon Jovi). The band changed its moniker to Mind Bomb and recorded their first CD under the production of Max Norman (Megadeth, Ozzy Osbourne).

[1] Matt Mercado ripped up the Chicago scene in the early '90's with local legends Daisy Chain, leading to a seven figure recording deal with Mercury Records (Kiss, Bon Jovi). The band changed its moniker to Mind Bomb and recorded their first CD under the production of Max Norman (Megadeth, Ozzy Osbourne). Mind Bomb went on to tour the US and Europe extensively opening for rock legends such as Kiss and Rob Halford. Mind Bomb also gained critical recognition and many major motion picture soundtracks including the classics Cliff Hanger -Sylvester Stalone & Kalifornia -Brad Pitt. In the late '90's the discorded, Mind Bombers called it quits. Undaunted, Mercado formed regional faves, Pivot Man with the star studded Chicago rhythm section Gregg Potter (featured in January 2004 Modern Drummer), John Skender, and Sean Osteos who through their careers have shared the stage with legends such as Eddie Van Halen, Steve Stevens, and Rob Halford. In 1998, Pivot Man released their first CD, The Hor-Ned One and were subsequently signed to Mystic Records. Their 2001 follow up CD, Blood Monkey, was played heavily on MTV's Road Rules and the Real World. Pivot Man went on to perform countless shows in the States from Chicago to L.A. dazzling crowds and gaining the opportunity to open for legends Motley Crue in Chicago and Detroit. [Article on PIVOT MAN] After recently leaving their respective bands Mindbomb and Pro-Pain, Chicago-based, Pivot Man was born. This band, made up of Matt Mercado, Mike Hollman, Joe Torossian, Gregg Potter, and Tom Heslin take elements of Electronic Music, Heavy Metal, Power Pop with a heavy emphasis on groove. World Class Musicians, Pivot Man is a great example of convergence in the industry. Listening to any of their tracks, it is blatantly obvious that what is good for the song takes precedence over what is expected. This music is refreshingly unpredictable. After the band had run it's course, Mercado, Potter, and Skender rejoined and added newcomer, Rapper/Soul Singer, Cliff Hunt to form one of today's most exciting rock acts, $UPERMER?ADO!

[2] Stonie on guitar and Elwy on drums founded the band daisy chain. The band consisted of 5 members, but 3 left the band after a short period and one album ("Unfuck"). Stonie recorded a hymn for a local American Football team "Gladiators". Stonie and Elwy were looking for new members and found der_Bohrer on bass/vocals and George on keys in 2001. They recorded a second album in their own studio and named it "Schluss mit lustig!" indicating that the band split up finally in 2003.

[3] Daisy Chain from Berlin was born in the Year 2001. The original Lineup was all femal (Eddy - Voice, Jolle - Drums, Backvocals, Milena - Guitar, Backvocals, Moni - Bassguitar, Backvocals), but after some Gigs, Milena left the Band cause the needed more Time for her other Band ALLEE DER KOSMONAUTEN. Steffen joint the Bands than, so the actual Linup is: Eddy - Voice, Jolle - Drums, Backvocals, Steffen - Guitar, Backvocals, Moni - Bassguitar, Backvocals.
They play straight Punkrock, influenced by the late 70th and early 80th Bands like VICE SQUAD, THE AVENGERS, EJECTED, VIOLATORS, DEADLINE or SCATTERGUN. The Songs have alot singalong/shouting from all the Members, but the most characteristic is the Voice from the Frontlady Eddy.
Daisy Chain was touring alot, all over Europe, like Netherlands, Switzerland, Austria, Tsheceslovakia, Lithuania, Finnland, Sweden, Danmark etc - they mostly played in (Ex)-Squats, Youthcenters and Festivals.
Releases:
2002 - Demo CD-R (selfpublished)
2004 - s/t - 12" Viniyl LP (Back To The Boots / Attack Records)
2008 - Shes a Boxer - CD (Back To The Boots / Attack Records)

Daisy Chain With Me