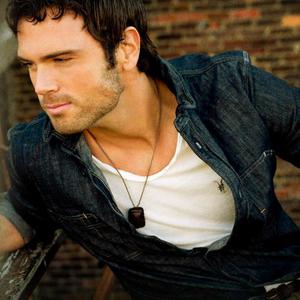 Charles Elliott (Chuck) Wicks (born in Smyrna, Delaware) is an American country music singer-songwriter. He was one of the cast members of the American reality/soap series Nashville, which aired on Fox Networks for two episodes before its cancellation in mid-2007. He is currently signed to RCA Nashville Records as a recording artist; his debut single, "Stealing Cinderella", was released in September 2007. Starting Now, his debut album, was released on January 22, 2008.

Chuck Wicks was born on a farm in the community of Smyrna, Delaware. Wanting to pursue a career in country music, he moved to Nashville, Tennessee after graduating from college in 2002. He then began to hone his songwriting skills, penning more than one hundred songs per year at one point; one of his songs, "Lead Me On", was cut by Steve Holy on his 2006 album Brand New Girlfriend. Eventually, Wicks caught the attention of RCA Records executives, who signed him to a recording contract in 2007.

While he was working on his debut album, Wicks was also picked as a cast member for Fox Networks' short-lived reality TV series Nashville. Due to poor ratings, however, Nashville was cancelled after its second episode. He was also cast in the ABC show Dancing with the Stars and was partnered with then-girlfriend Julianne Hough who is also a rising country music artist.

Shortly afterward, RCA released Wicks' debut single, a ballad entitled "Stealing Cinderella"; he debuted the song at his first Grand Ole Opry appearance in August 2007. The single produced the biggest debut for any new country artist in all of 2007, with fifty-two of the stations on Billboard's survey adding it in its first official week of airplay. A month after the song's release, he was invited by University of Tennessee football coach Phillip Fulmer to perform it at the wedding of Fulmer's daughter Courtney. "Stealing Cinderella" has since gone on to become the fastest-rising single for a new country act in all of 2007; it can be found on Wicks' debut album, Starting Now, which was released January 22, 2008.