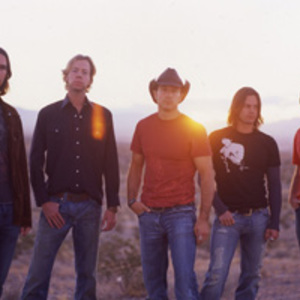 Ryder Lee and Stokes Nielson met in a church band as teenagers, and they've been making records together ever since. Their high school friendship began a country band of five called The Lost Trailers, who have blazed their way through hundreds of honkytonks, joints, roadhouses, night clubs and concert halls, building a firewall of fiercely loyal fans. They are a band that came together naturally, matured creatively, perform explosively and have poured all of that into Holler Back, their new album on BNA Records.

"Anyone who has ever seen us live is going to hear the first 15 seconds of "Holler Back" and say ?There's The Lost Trailers. Those are the guys I saw open for Chesney or open for Sugarland'," says Stokes, tagged on the band's website as The Writer."

Music is important and has a lasting quality," adds lead vocalist Ryder, aka The Voice. "But music should be fun too, there needs to be a balance. ?"Holler Back" is a fun song that captures the element of our live show which is really important to us as well.

"Ryder and Stokes both gravitated towards music in high school, where they convinced another student, drummer Jeff Potter, to join them in a band named Ryder Stokes. Soon, Stokes' younger brother Andrew came on as their bassist, a position now held by the fifth and last member to join the band, Manny Medina (Andrew moved over to keyboards).

The new band caught a break early, as their demo found its way to Willie Nelson, who invited them to perform on his annual Fourth of July picnic. By the time they got to Austin, they had changed the band's name, thanks to some unfortunate incidents involving successive equipment trailers. The 15,000 fans there that afternoon witnessed the debut of The Lost Trailers, and the response was so enthused that Nelson ended up inviting them to open other dates for him.

"What we learned from that experience was that putting on a great show will build a fan base," remembers Stokes. "If you do it night after night, your fan base will grow. If you earn those fans early on, they will stay fans for life. Even after all these years, Willie puts on a great show every night, and he takes care of his fans, and we strive for that sort of connection with our fans."

The Lost Trailers hit the road, first crammed into an SUV, then a van and ultimately graduating to a bonafide bus, which was the place they called home 300 days a year for five years. "For five years, we were basically living in America," says Ryder. "That experience was the basis of this record. It was being a group of guys with unique personalities who learn to live as a family, who have been there, done that, and tell that story honestly. We learned a lot about ourselves from constant touring, and we were able to define our sound before we got signed.

"The Lost Trailers came to the major label table after SONY/BMG Nashville A&R head Renee Bell introduced them to label chairman Joe Galante, who immediately signed them, seeing in The Lost Trailers that same road-tested talent and passionate drive that Alabama brought to his label 25 years before. "Alabama has always been one of our biggest role models," says Stokes. "It turned out that the first songs Ryder and I ever performed in front of an audience were Alabama songs. It was such a thrill to be on the same label where they spent their career, and signed by the guy who broke them. It just felt like it was meant to be.

"Through 2006, The Lost Trailers maintained their permanent temporary bus residence, headlining clubs like they had always done, and opening dates in massive arenas for established stars like Sugarland, Carrie Underwood, Dierks Bentley and another great teacher, Kenny Chesney.

"What we learned from Kenny was put out great songs, put out songs you believe in, and that your fans believe in," says Stokes. "Deliver to your fans. Give them what they want that's the best of you. All the years of touring, we've learned what we do best. It was time to put that on a record.

"The band found the key to realizing that in producer Brett Beavers, who came into the picture with the same goal: capture the energy and excitement of The Lost Trailers' live show and put it on a record. He produced several of the tracks, notably the album opener, "Holler Back," and the second cut, "How ?Bout You Don't". The wrenching ballad that does a complete emotional and musical 180 from the jacked-up title cut, and relies on Ryder's resonate, soulful vocals to convey the desperation of a man about to lose everything, piercing the hearts of listeners who have been on either side of that door.

Ryder and Stokes not only share songwriting credits on several tunes, but also took the production reins in the studio on a couple of cuts, not unlike the way they used to do it before they were signed to a recording contract.

"We took six months off to make this record," says Ryder. "We haven't taken that much time off the road in six years. We poured all of that energy that would have gone into performing live, and put it on this record. Everything we have done for the last seven years has led to this record."

Story Of The New Age Cowboy