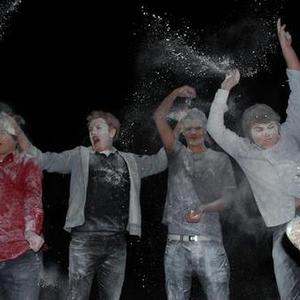 Bombay Bicycle Club are an indie rock band which formed in North London, United Kingdom in 2006. The Favourite Day Songfacts reports that they were formed by Jack Steadman (vocals, guitar, bass), Jamie MacColl (bass, guitar, banjo, vocals), Suren De Saram (drums) under the name of The Canals when they were 15. Ed Nash (bass, keyboard, mandolin) later joined the trio as they switched between various aliases before picking Bombay Bicycle Club. The band took their name from a chain of curry houses in the London Area, and have since admitted that they dislike their band name.

They are otherwise known as the band that opened V Festival 2006 (having won the 'Road to V' competition) & have also played Reading / Leeds Festival for the past three years, running.

In Febuary 2007 they released their d?but EP The Boy I Used to Be, and this was followed up in October with the release of their second EP How We Are. In mid-July of 2009 they released their first album I Had The Blues But I Shook Them Loose consisting of 12 tracks. They are currently partaking in their biggest tour yet, including a sell-out date at London's Heaven venue.

In Summer 2010 they released their new album, Flaws. A UK tour co-incided with the release of the album which - surprisingly - is an acoustic recording. Venues on the tour reflected this new acoustic orientation. St George's in Bristol, for example, is normally used by classical and folk artists.

Songfacts reports that Shuffle, the lead single from their third album, A Different Kind Of Fix was released on June 23, 2011 and peaked at #64 on the UK Singles Chart and #40 on the Billboard Alternative Songs chart in the United States, the band's first chart appearance in the country. The band currently tours with Amber Wilson as an additional keyboardist and background vocalist. Singer/songwriter Lucy Rose performed said backing vocals on several songs on the albums "Flaws" and "A Different Kind of Fix".

Everything Else Has Gone Wrong

So Long, See You Tomorrow

A Different Kind Of Fix

Dust On The Ground (EP)

I Had The Blues But I Shook Them Loose