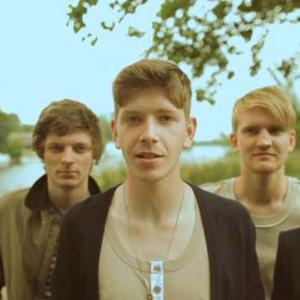 Dog Is Dead is a five piece indie pop band from Nottingham, England. Three members of the band (frontman Rob Milton, Joss Harrison-Willder and Lawrence Cole) met at West Bridgford School. After picking up drummer Lawrence Libor at a party and Rob White at a rehearsal for The Lion, The Witch & The Wardrobe, they started performing live in 2008. Their debut single, "Glockenspiel Song," was released on June 7, 2010 and the band appeared in the closing scene of the fifth series of British television teen drama Skins, playing the song in a marquee, with the cast singing along.

Think a slightly rougher around the edges Mystery Jets, or a less cynical Dexys fixated Rumble Strips and you're in the right ball park, musically at any rate. It's the soaring harmonies though that hold one's attention the most, belying their teenage years to a rousing effect.
- Drowned In Sound

Their mix of "indie/nu-jazz/children" (that's how they describe themselves on their MySpace profile anyway), is a revelation. One of Nottingham's most accomplished bands I'd say.'
- www.thisisnottingham.co.uk

All Our Favourite Stories (Deluxe Version)