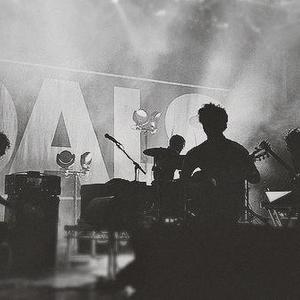 Foals are an indie rock/math rock band which formed in Oxford, England in 2005. They are currently signed to Transgressive Records in the United Kingdom and Sub Pop in the United States. They released their debut album Antidotes on 24 March 2008 in the UK, and 8 April 2008 in the US. The band's second album, Total Life Forever, was released on 10 May 2010. Foals also released a mixtape named Tapes in July 2012 for !K7 Records. On November 2012, as an advance off their third album Holy Fire (February 2013), the band released "Inhaler".

In early 2007, the band released the limited edition 7" singles Hummer and Mathletics, both produced by Gareth Parton. In the summer of 2007 Foals began working on their debut album in New York. It was produced by Dave Sitek of TV On The Radio, however, the band decided to mix the album themselves, stating that Sitek made the first master copy of the album sound like "it was recorded in the Grand Canyon". Yannis has stated multiple times during various interviews that Foals and Dave Sitek are on good terms, even though the copy by Sitek was rejected by the band.

Foals released their debut album, entitled Antidotes, on 24 March 2008 in the UK and 8 April 2008 in the US. The album was a commercial success in the United Kingdom, debuting at No. 3 in the UK Albums Charts. The album was a minor success in other countries, charting in Japan, France and the Netherlands. Non-UK versions of the album include the early Parton produced singles.

In August 2009, Foals started recording their second album at Svenska Grammofon Studion in Gothenburg, Sweden. The album, Total Life Forever, has been described by the band members as sounding like "tropical prog" and "like the dream of an eagle dying". The band have described the album as being "a lot less funk" than they had originally planned. The album was produced by Luke Smith, formerly of Clor, and its title is named after an element of Ray Kurzweil's theory of singularity. The band's frontman Yannis Philippakis has professed a long time interest in futurology, with it informing numerous songs on Total Life Forever.

On 1 March 2010, the promotional single "Spanish Sahara" was first played on Zane Lowe's show Radio 1. Foals' new website was updated that night with the release of a video for the track directed by longtime collaborator Dave Ma. On 6 March, the Total Life Forever site was officially launched. Puzzles revealed images, lyrics and sound clips of songs from the album. The last clip appeared on 12 March, and resulted with a password entry for the Foals' new website. The site was opened on 13 March and presented the whole new art concept and media including samples of songs, photos and videos. Lead single "This Orient" was released on 3 May 2010. The album was finally released on 10 May 2010. "Spanish Sahara" was later released as a full physical single in September 2010, featuring an edited remix starring the strings of London Contemporary Orchestra. The album was nominated for the 2010 Mercury Prize.

The lead singer of Youthmovies, Andrew Mears, originally formed the band Foals, playing as guitarist and lead vocalist. He was present on the band's debut 7" single "Try This On Your Piano/Look at My Furrows of Worry", but left shortly afterwards to concentrate on Youthmovies' debut album Good Nature. Jack Bevan, Lina Simon and Yannis Philippakis were originally in cult math rock band The Edmund Fitzgerald, which did not gain much media interest. The group disbanded, claiming that things had become "too serious" and that they wanted to have more "fun making their music". Walter Gervers and Jimmy Smith were part of a small Oxford band called Face Meets Grill. They met at and formed the band from members of Abingdon Boys School. They played gigs in and around Oxford, and recorded an EP in Hull. After playing Truck Festival in 2004 they separated to follow different paths and careers. Guitarist Jimmy Smith is the only one of the band members to have completed his degree, at Hull University: each of the band members quit their respective universities when the band signed to Transgressive Records by Ben Mackereth. The band likes to be self-sufficient, so the music videos & the photography is done by their friend Dave Ma and all of the artwork (excluding cover art of Total Life Forever) is also done by their friend Tinhead.

Everything Not Saved Will Be Lost Part 1 (Remixes)

Everything Not Saved Will Be Lost Part 2

Everything Not Saved Will Be Lost : Part 1