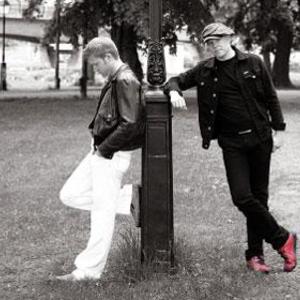 FLAGSHIP are quite the odd project. Formed in 2002 by keyboardist Linus K?se and vocalist Christian Rivel, both of NARNIA fame, they wasted little time collecting a stable lineup and fleshing out their sound. That sound of which I speak is a rather unique and ambitious approach for 2005, consisting of ?symphonic rock in the vein of KANSAS, STYX, BUGGLES & QUEEN.? These influences certainly show (perhaps most particularly QUEEN of the bunch) but at the same time FLAGSHIP has little trouble crafting their own unique quality which separates them from their predecessors.

First and foremost the influence of the two founders, K?se and Rivel, is most prevalent. Song structures seem heavily dependent on piano/key melody in conjunction with passionate vocal rhythms which seek to overwhelm; accomplishing their purpose to a certain degree. The songwriting is a bit progressive and sophisticated at times featuring many time changes and complicated instrumentality. This combines with the sheer QUEEN inspired catchiness to provide an all around satisfying experience.

Simply reading the above prose would certainly pose the question, ?Well, why is the album not rated a 7 (or even an 8) then, if it is that damn good?? The first stumble FLAGSHIP took was placing C.J. Grimmark in the background and keeping him buried like the typical bassist. A guitar needs to breathe and do more than provide minimal touches to an already developed piece. I understand why this was done in theory as Mr. K?se is indeed the focus, but I cannot help to attempt to pick out the guitar-work in the background and become frustrated at the effort involved in doing so. That is perhaps a personal gripe but it is a gripe nonetheless.

Vocalist and co-founder Christian Rivel is quite strong behind the mic. He has a rather fluctuating range which runs the gamut from poetically dejected to utter bliss. Not all of his vocal patterns are to my liking and I especially have problems getting into his soft spoken clean vocals (beginning of ?You Are?) which I find a bit annoying at times. Luckily his performance as a whole is quite robust and powerful and background vocals are utilized quite well in a somewhat epic manner.

Overall, ?Maiden Voyage? is quite the promising debut which attempts a touch of originality in blending influences of the past and has a tough time living up to their influences. The disc is certainly strong but manages to fall just shy of being a great album. FLAGSHIP offers a very promising debut which showcases a unique act to keep a watchful eye on. (Online January 3, 2006)