Does It Offend You, Yeah? 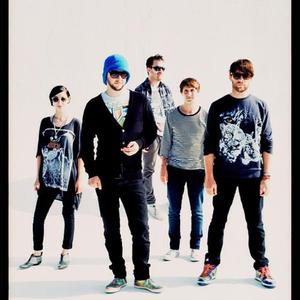 Does It Offend You, Yeah? are an alternative/electronic band which formed in Reading, England in 2006. The band consists of James Rushent (vocals, guitar), Matty Derham (guitar, synthesizer), Chloe Duveaux (bass), Dan Coop (synthesizer) and Rob Bloomfield (drums). Guitarist Morgan Quaintance left the band in mid-2009. They released their first album, You Have No Idea What You're Getting Yourself Into on 24 Mar 2008. They released their second album Don't Say We Didn't Warn You on 14 Mar 2011.

They were the ninth most listened to 'new band' of 2008 on Last.fm and were included in the best alternative music list of 2008 on iTunes USA.

The band revealed the origins of their name as being from British sitcom The Office.

Synth Player Dan Coop, NME.com interview:
Everybody thinks the name is some kind of statement but it's a quote from David Brent in an episode of The Office. "When me and James Rushent first started writing music together we decided to put it up on MySpace. We needed a name to put as our profile name so just put what was the first thing that was said on TV, we switched it on and Ricky Gervais said "Does it offend you, yeah? My drinking?" so we just went with that. No thought went into it whatsoever.

Don't Say We Didn't Warn You

You Have No Idea What You're Getting Yourself Into...

We Are Rockstars (MCD)