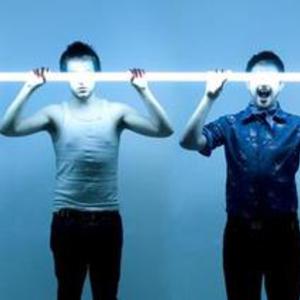 Shitdisco was a band from Glasgow, Scotland. They were formed in 2003 while studying at the Glasgow School of Art. They describe themselves as "disco-house/punk" although they have been closely tied to the Nu Rave movement alongside bands such as Klaxons. The band split up in 2009. Members of the band still play DJ sets at various venues regularly and two members have gone on to form a new band called Age Of Consent

Their first single "Disco Blood/I Know Kung Fu" was released in December 2005 and was followed almost a year later by "Reactor Party." They released their long awaited debut album "Kingdom of Fear" on the 16th April 2007 on Fierce Panda Records (UK) and on July 3rd, 2007 on Fierce Panda Canada. Their third single "OK" hit shops on the 23rd April 2008.

Until they were evicted in spring 2006, the band held free parties in a large dilapidated house on Glasgow's West Princes Street, known locally as '61'. They have attracted a reputation for organising and playing free parties and raves in peculiar places; including squats, streets, abandoned railway tunnels and club toilets.

The group have been compared to Talking Heads and The Rapture, but admit influences ranging from Donna Summer and Arthur Russell to Gang of Four and The Clash.