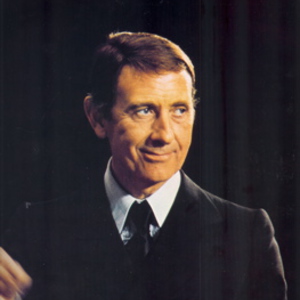 French violinist Franck Pourcel is best-known for his jazzy string arrangements of pop hits, as well as his lush easy listening arrangements and film scores. Initially, Pourcel studied classical violin at the Paris Conservatoire, but he found the allure of jazz irresistible. In particular, he was an idol of Stephane Grappelli. Following his studies, he joined a number of jazz combos, which led him to his role as the leader of the French Fiddlers, who he joined in the late '40s.

Initially, Pourcel studied classical violin at the Paris Conservatoire, but he found the allure of jazz irresistible. In particular, he was an idol of Stephane Grappelli. Following his studies, he joined a number of jazz combos, which led him to his role as the leader of the French Fiddlers, who he joined in the late '40s. The French Fiddlers were a group of violinists that performed jazzy versions of classical numbers or classical arrangements of pop and jazz tunes. They signed to Pathe-Marconi and continued to refine their sound so they could reach a broader audience. The group earned their first hit in 1952 with a version of "Blue Tango."

In 1959, the French Fiddlers had a hit with an easy listening version of the Platters' "Only You" that featured a prominent beat; appropriately, it was credited to Franck Pourcel and His Rockin' Strings. It was a sound that became quite popular during the '60s, though frequently other musicians were more successful with it than Pourcel. Indeed, "Only You" was his only U.S. Top Ten hit. Nevertheless, he and the Fiddlers ? who recorded under a variety of names ? sold over 15 million records internationally by the early '70s. Pourcel continued to record easy listening albums and compose film scores throughout the '70s and into the '80s.
In 1958, he recorded an LP with the Viennese's Waltzes, and then decided to lead his ? Variety ? public to the discovery and appreciation of popular classical pieces.
With his ? Pages Celebres ? he leds the sale of EMI Classics, but he felt no special vanity from this, for he considered himself in the service of music. He will record 17 LPs with the most famous classical orchestras like the London Symphony Orchestra, The London Philharmonic, The Lamoureux Orchestra, The BBC Orchestra?..
In 1979, following the evolution of the recording techniques, the series came to be called Classics in Digital.
? Adapting pop songs or classical pieces is a very delicate work because you have to dose the effects. I studied classics, and I am persuaded that if Mozart or Beethoven were here today they would wrote their music in a different arrangement. For them or the Variety, I write a kind of translation, according to my style, I think I am not betraying them. I often compare music with cooking. For the same recipe a chef can do something personal, the name of the dish remains the same, but the taste is different. Same thing with a score?. I was lucky in my life to be able to succeed in interpreting, my way, some music composed by others. I arrange it (or disarrange), and the original composers are happy ?.

? Franck has the talent to ennoble the most simple melodies?..entering his music was and still is like entering the Pantheon ? said Salvatore Adamo

A few of his musicians started a career on their own: ? Michel Legrand was playing piano, when he was young. In my orchestra I had Raymond Lefevre, Paul Mauriat and Jean-Claude Casadessus, at that time playing percussions in my classical recordings ?.

Between 1956 and 1972 he was the regular conductor for France at the Eurovision song contest, and he toured a lot in Japan, USA, South America, and appears on TV -show specials, all around the world.

A very discreet man, he never played up his personal or professional life. His record company has always had difficulty to write a biography mentioning how many records he sold (the sales if they were to be piled, one on top of the other, would represent 20 times the high of the Eiffel Tower), or how many gold records he got throughout the 58 countries where his albums were released. He was proud of his trophies, but didn't talk about them. He smashed all sales records for the Europeans orchestras without fanfare or boosting.
He rather preferred to show his back directing the orchestra than his face to a camera. He rarely put his picture on the front of a cover ? to recognize someone you have to appear on TV or movies. The public knows my name, I was the first one to do this kind of music in Europe ?.
Nevertheless I watched him in 1984, during the pageant of Miss Mexico. He was President of the jury, and all the beautiful girls wanted to sit on his laps. He did not look unhappy!!!

His records have been exported to 58 countries; ?I am going to surprise some people, but I have been the number 1 in the exportation of French records for 20 years (in 1982). Music is easier to export than songs with lyrics. When a record is produced in France it can be released the morning after in Yokohama or Los Angeles: there is no local version ?

I remember that in 1975 Franck was asked by Air France to compose the Anthem for the new supersonic Concorde, because he was considered one of the 3 most exported French product with Brigitte Bardot and Air France.

He has composed some songs that he recorded, but rarely, because he did not liked his own compositions.
The most famous, ? Chariot ?, started like a joke. It was composed with his friends Paul Mauriat and Raymond Lefevre , with lyrics by Jacques Plante. At that time, in 1962, everything coming from the US was striking gold, so they invented a story that the song was the soundtrack of a new western movie produced by the 20th century Fox ?You'll never See It ?. Petula Clark sung the song and had a hit. In the USA the song was recorded as ? I will Follow Him ? by Little Peggy March., a fifteen years old singer, became number 1 in the Billboard charts all categories for 3 weeks, and in 1992 the song became the main theme for ? Sister Act ? 1 and 2, with Whoopie Goldberg. More recently, Eminem included some bars in his song ? Guilty Conscience ?.

A show-biz star, against all odds, concerts all over the world, around 200 LPs recorded, more than 3000 titles in his repertoire, this was Franck Pourcel, my father. Five years after his death, thousands of faithful fans around the world send me messages, and these 4 Cds with some 100 titles from his catalogue, are dedicated to them.

? Hearing this heavenly fiddler, I now understand why instrument makers call the body of a violin its soul ?
These words are from the French poet Jean Cocteau : the fiddler was Franck Pourcel.