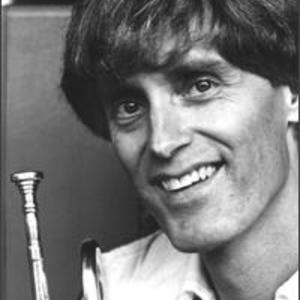 Don Ellis played trumpet in big bands and orchestras before leading his own bands and recording his own compositions. He experimented with odd time signatures and unusual instrumentations, and his Eastern-influenced jazz gained popularity during the psychedelic 1960s. Ellis also invented a four-valve trumpet and developed a slide/valve trombone called a "superbone." Ellis won a Grammy for his soundtrack to The French Connection. Biography Overview

Ellis won a Grammy for his soundtrack to The French Connection.

The Story of the one of the most innovative Composer, Arranger, Writer and Musicians' of all time, Ellis was the first to create a fusion between Jazz-Rock & Classical music.

Ellis took the genre to greater heights and not even the top 10 in New York City today can play his music.

Debuting his Orchestra in 1966 at The Monterey Jazz Festival, his "New Horizons" Band gave a performance that still stands as the greatest in the history of the oldest Jazz Festival. Restored footage with interviews from the band's members rounds out this segment.

Maynard Ferguson, Jazz Legend explains Ellis as a Composer was never satisfied with a certain sound and one that was content with "Experimentation before Entertainment."

Born in Los Angeles and raised in Minneapolis, the son of a Minister and Pianist Mother, Ellis became known for his odd metered arrangements during his College years at The University of Boston. Schuller (New England Conservatory President at the time) introduced Ellis to Leornard Bernstein and a National Television audience viewed Ellis for the first time for The Young People's Concert in 1960.

After a stint overseas in The Army, Ellis settled in New York City and quickly became the talk of the town. He had a Trumpet designed by Larry Ramirez (Interviewee) of The Stan Holton Company that had 4 valves instead of 3, allowing him to produce quarter-tones. This had never been done and became the signature sound of Don Ellis.

Ellis then moved back to his native LA and during the late 1960's often headlined above Rock Groups such as The Grateful Dead and Big Brother and the Holding Company. No other Jazz act for the exception of Miles Davis was marketed in such a way. Ellis and his "Tears of Joy" Band became known throughout the world as some of the best musicians ever assembled, including (interviewed for the film): Milcho Leviev, Fred Selden, Sam Falzone and Ralph Humphrey. Ellis hired singer Patti Allen for his "Don Ellis goes Underground" which was his most commercial hit Recording. The re-mastered album has been re-released on CD ( Wounded Bird Records 2006).

Although nominated several times, the Grammy Award eluded Ellis until 1972 when he won for Best Instrumental Arrangement for the Academy Award Winning Motion Picture "The French Connection" that he scored. Ellis also composed the music for the sequel Film as well as seven other major Film's in his career. Note: The French Connection Soundtrack was re-released by Columbia Records in 2005.

There was simply nobody like Ellis - not Mingus, not Miles, not JJ Johnson. Ellis took Jazz to greater heights and never bothered to look back. He mixed complex Indian rhythms with his fantastic "Hindustani Sextet", turned heads at Tanglewood, Concord and Montreux and was generally considered one of the true purists of this Art form... Jazz.

Where Ken Burns (Jazz, PBS) stops Filmmaker John Vizzusi's Electric Heart begins, explaining that Jazz did not not die in the 60's as Burn's argues but that this was actually Jazz's most exciting time!

Mary McKitrick supplies the rich textured and dramatic voice over as Ellis realizes that life will be short after he is diagnosed with a faulty heart valve. Drug free his whole life Ellis looked for his high in the one of kind Music he created.

He died (heart attack) in Los Angeles at the young age of 44 while making an early morning meal for his parents after enjoying a John Handy concert.

"Jazz had to invent a new term when it came to Don Ellis" says Maynard Ferguson. "The most innovative jazz orchestra of all time" wrote the famous music critic Leonard Feather. "One of the greatest musicians in the last 100 years", the former Tonight Show Drummer states. These are unbelievable statements to make so I decided to write, produce and direct a Documentary Feature Length Film on the life, times and most importantly the music of one of Jazz's all time greats but least known, Don Ellis.

Music From Other Galaxies And Planets (Vinyl)