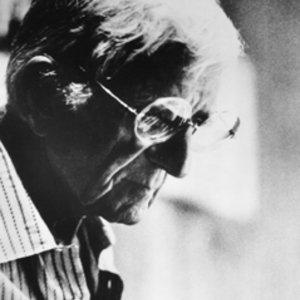 Gil Evans (13 May 1912 ? 20 March 1988) was a jazz musician and an important innovator of big band jazz in the United States as an arranger, composer, band leader, and pianist. He had a seminal role in the development of cool jazz, modal jazz, free jazz and jazz-rock. Gil Evans was born in Toronto, Canada, as Ian Ernest Gilmore Green and early took the family name Evans from his stepfather. The family soon moved to California, where he spent the first decades of his life. From 1946 onwards he lived and worked in New York City.

Gil Evans was born in Toronto, Canada, as Ian Ernest Gilmore Green and early took the family name Evans from his stepfather. The family soon moved to California, where he spent the first decades of his life. From 1946 onwards he lived and worked in New York City.

In 1941-48 he worked as an arranger for the sophisticated Claude Thornhill Orchestra, from 1946 on in New York City. His modest basement apartment behind a Chinese laundry soon became a meeting place for musicians looking to develop the music from bebop, though Charlie Parker himself was among those involved. With Miles Davis, Gerry Mulligan and others Evans collaborated on a band book for a nonet starting in 1948, which had a booking for a week's appearance at the "Royal Roost" as an intermission group on the bill with the Count Basie Orchestra. Capitol Records recorded the group 12 titles at three sessions in 1949 and 1950; these recordings were reissued on LP-album as Birth of the Cool in 1957.

Later, when Davis was under contract to Columbia Records producer George Avakian suggested several potential arrangers to the trumpeter who immediately fixed on the option of working with Evans again. The three main albums constituting their association are Miles Ahead (1957), Porgy and Bess (1958) and Sketches of Spain (1960). Later, another collaboration Quiet Nights (1962) was issued, but against the wishes of Davis, who broke with his then producer Teo Macero for a time as a result. Although these four records were marketed primarily under the name of Davis (often credited as Miles Davis and the Gil Evans Big Band) Evans's contribution was just as important. Their work was a companionship of classic big band jazz with a skillful soloist. All these collaborations feature Evans's big-band arrangements, onto which Davis played with extraordinary melodic and stylistic skill. Evans also contributed behind-the-scenes help to Davis' classic quintet albums of the 1960s.

From 1957 onwards Evans recorded under his own name too, e.g. his impressionant albums Big Stuff (1957, aka Gil Evans & Ten), Out Of The Cool (1960) and The Individualism Of Gil Evans (1964). In 1965 he was responsible for the arrangements on the big band tracks on Kenny Burrell's Guitar Forms album. 1966 he took an 'special' Latin album with his orchestra for the Brazilian singer Astrud Gilberto Look To The Rainbow. In the 1970s, following Davis and many other jazz musicians, Evans worked in the free jazz and jazz-rock idioms, gaining a new generation of admirers. Evans had a particular interest in the work of rock guitarist Jimi Hendrix, and reportedly had a meeting scheduled with him to discuss building a big band around Hendrix, cut short by Hendrix's untimely death in 1970. His tours began not before 1972, two times to Japan and until 1987 many times for festivals and concerts in old Europe. In 1987, Evans recorded a live CD with Sting featuring big band arrangements of songs by Sting and The Police. He also played live with Jaco Pastorius in Japan.

Evans died in 1988 in Cuernavaca, Mexico, the same city in which Charles Mingus had died nine years previously.