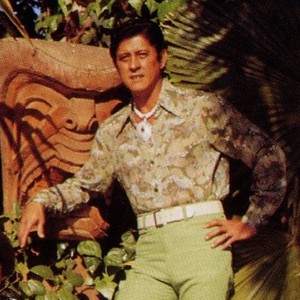 Born in Hawaii, Lyman originally was the vibes player with 4 mallets in Martin Denny's 1950's exotica combo that played Honolulu's Halekulani Hotel. After their chart topping sucess on "Quiet Village", Lyman soon branched out on his own and became a musical star in his own right. He was a vital part of the tropical tiki trend, with his signature mellow marimba and echoing bird calls. His biggest easy listening hit was "Yellow Bird" which topped the charts in 1961, while his 1958 debut album Taboo sold 2 million copies.

Lyman was an amicable guest on numerous tv programs like "The Red Skelton Show," "The Andy Williams Show," and "The Steve Allen Show." His ten year enagement at The Shell Bar at the Hawaiian Village Hotel was also regularly featured on TV via Robert Conrad & Connie Stevens' 1960's show "Hawaiian Eye". His numerous original albums appearing on labels like Hi-Fi Liberty, GNP-Crescendo, and Life Records, and his most popular recordings were re-released on CD via Rykodisc in the 1990's. Much of his back catalog has appeared on legit download sites under auspices of EssentiaL Media Group/IODA. He still performed casual weekly cocktail hour marimba sets at the New Otani Kaimana Beach Hotel near Diamond Head on Oahu into the late 1990's before cancer finally took his life at age 70 in 2002.