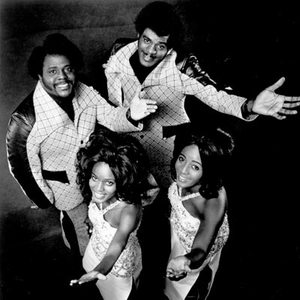 Originally out of Dania Florida, this soulful pop group featured brothers Edward (who wrote most of the songs) and Carter, as well as sisters Billie Jo and Rose Cornelius that had started in the church as youths. Sister Rose had some experience playing on the road starting at age 14 with "Freddie Scott & The High Steppers" and later in a mid-1960's Las Vegas revue called The Gospel Jazz Singers. She and her brothers formed their group Cornelius Brothers & Sister Rose circa 1969.

Managed initially by Dionne Warwick's father Speedy Warwick they soon were recording for United Artists and scored big hits in 71 & 72 with lushly orchestrated million seller chart hits like "Too Late to Turn Back Now" (1972) , "Treat Her Like a Lady,(1971)" , followed by 1973's "Never Gonna Be Alone Anymore" and 1974's "Don't Ever Be Lonely (A Poor Little Fool Like Me)". After their early successes their sweet soul sound did not gain much more attention, but their early hit singles are still heavily requested & frequently played on oldies format stations. Carter, who died in 1991 at age 43, had changed his name in 1976 to Prince Gideon Israel, after joining a reclusive black supremacist religious religious sect in Miami, whose followers all adopt the name Israel. Sister Rose continued in show biz lateely with her husband Garvey, playing R&B and reggae around Florida.