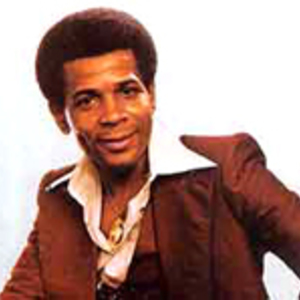 The late King Floyd ( b. February 13, 1945 - d. March 6, 2006 ) was a New Orlean's born soul singer who first recorded a single (Walkin' and Talkin') for LA based Art Laboe's Original Sound label in 1965. Floyd had written with fellow New Orleans refugee Dr. John while in L.A, and in 1967 recorded a pop oriented album on the Mercury subsidiary Pulsar called "King Floyd: A Man in Love". He was recording with Wardell Quezergue in Jackson MS for Malaco Record's in-house label Chimneyville, when his song "Groove Me" became a huge hit in late 1970.

Ironically both Stax and Atlantic Records had been offered the song to release but turned it down, (they also refused Jean Knight's smash hit "Mr. Big Stuff", cut at the same sessions). Floyd's follow up song was "Baby Let Me Kiss You", early in 1971. Atlantic inevitably realized it's mistake and gave Chimneyville a distribution deal and issued an LP, "King Floyd", on their Cotillion label. Side One's second track was "Let Us Be", written by Larry Hamilton. That summer, the song (shortened by about a minute from the album version) was released on Floyd's third Chimneyville 45 with the funky "Got To Have Your Lovin'" (by Joe Broussard and Michael Adams), which garnered brief airplay and top ten R&B chart action. Another single off his self titled album went gold in 1973 called "Woman Don't Go Away", rediscovered three years after it's release. The Mighty Majors ("You can Never Go back") was his backup band on the road for a spell. He released another album in 1973 called "Think About It", and his last Malaco affiliated album of this period was 1975's "Well Done". His next effort surfaced on the dial label "Can You Dig It?" but the disco era was not kind to the southern soulman. King Floyd faced hard times, and other than a co-songwriter credit on Shaggy's "Boombastic," in 1995, he did not get another release out until 2000's "Ol Skool Funk" back on Malaco, his final recording.

Think About It (Vinyl)

The Heart Of The Matter (Vinyl)

A Man In Love (Vinyl)