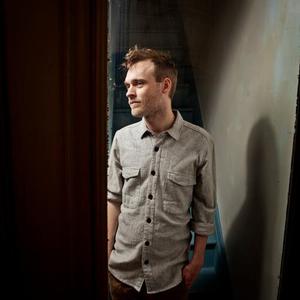 Penguin Prison is Chris Glover from New York, who first rose to prominence with a college band called "The Smartest People at Bard", whose demos came to the attention of Q-Tip and, through him, Interscope. A solo album for the Universal label followed in 2009 but it attracted scant attention, so in the same year Glover left, took up the new moniker and began gaining recognition with remixes, amongst others, for Goldfrapp, Marina & the Diamonds, Passion Pit.

Glover developed an electro pop sound with producer Dan Grech-Marguerat (Scissor Sisters, Radiohead) and two singles followed on US indie label Neon Gold: his first single" Animal Animal / A Funny Thing", released on November 23rd 2009 and the follow up "The Worst It Gets / Something I'm Not", which came out on March 22nd 2010. Third single "Golden Train" was released on November 22 through Wall Of Sound. He then signed to Downtown Records in the US and to Stranger Records in other territories, including the UK, Germany, Spain, Austria and Australia.

His single "Fair Warning" was released as a one-track download on June 27th 2011, with a B-side and a remix bundle on August 22.