The Sound Of Arrows 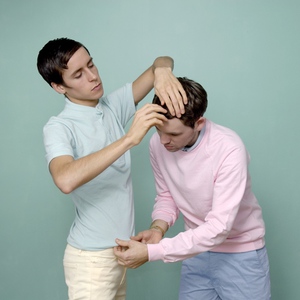 The Sound of Arrows are a Swedish indie pop band. Originally formed 2006 in G?vle by Oskar Gullstrand and Stefan Storm the band moved to Stockholm. Stefan Storm had earlier been making house music while the other half of the duo, Oskar Gullstrand, used to play in an orchestra but is now working as a graphic designer and an animator. Their original intention was to record a song or two. But that changed once their first song Narrow Escape garnered some appreciation. In 2008 they were signed to Swedish indie label Labrador Records.

The band signed to Geffen in 2010 and released their debut album, Voyage in 2011. The album included the singles Into The Clouds, Nova, Magic and Wonders.